If Verizon is scamming, then the power of the people will bring swift justice

Carrier network services often overcharge customers to generate a handsome amount of revenue but according to the New York Attorney General Eric Schneiderman, Verizon might be taking it too far. The Attorney General invited the public on a Sunday to test the speed of their Internet and submit their results online.

The reason why the individual wants this to be carried out is because there is an on-going investigation into whether large scale providers may be short-changing customers with much slower speeds than what their subscribers actually pay for.

According to the latest report, the office has launched a full-scale investigation into Verizon, and Schneiderman’s office has sent three companies letters asking for a variety of information (these three companies include Verizon Communications Inc, Cablevision Systems Corp and Time Warner Cable Inc). This information ranges from copies of any tests they have conducted in the past concerning their internet speeds along with disclosures that they have made to their long list of subscribers. 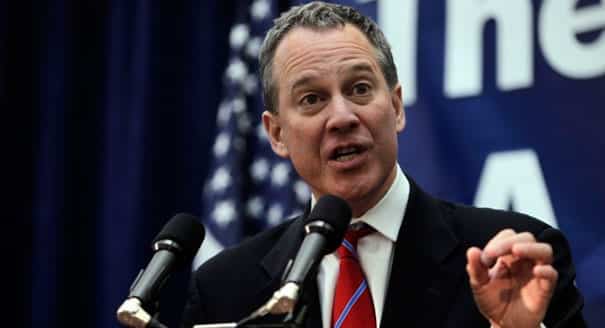 As part of the investigation, The Attorney General has also requested that the public takes charge and see whether or Verizon is involved in a hefty scamming business, which we will be finding out shortly. According to Schneiderman, he announced that his office has created a new online broadband test on a site called Internethealthtest.org. The broadband test will record the customer’s actual speeds, which they experience when they access other websites.

After the test has been successfully completed, he has requested customers to submit a screenshot of the results and fill out an online form as part of their contribution. However, Verizon Communications Inc, Cablevision Systems Corp and Time Warner Cable Inc have stated that they are confident in their Internet speeds and will continue to provide the US Attorney General with the information that he and his office desires.

Looks like we be finding out soon enough if Verizon has been cheating all along. After this investigation has been completed, it looks like other services are also going to be targeted in the future.