New transparent metal film that will cost less than 5 percent of current displays in smartphones, tablet and TV displays

Materials scientists and engineers at Pennsylvania State University have discovered a new material that is both highly transparent and electrically conductive that could make large screen displays, smart windows and even touch screens and solar cells more affordable and efficient. It could also support new inventions like “smart windows” that weren’t feasible for mass production before.

Over 90 percent of the market is dependent on indium tin oxide (ITO), and it’s among the most expensive materials in our displays today. While the actual electronics behind our screens have decreased in price, ITO fluctuated wildly from $200/kg to $1000/kg over the past decade and then back down to between $400 and $750/kg in recent years.

It turns out most of the screen displays consist of ITO, a less-than-ideal metal which eats up to 40 percent of smartphone and tablet costs. Even though the cost of memory chips and processors continues to drop, the materials that are being used to build our screens and displays is holding us back from developing bigger and better technologies.

So researchers at Pennsylvania State University have been working on something to replace ITO, and they say they’ve managed to match its optical transparency, electrical conductivity, and efficiency of manufacture in a strange new class of material called correlated metal.

A team led by Roman Engel-Herbert, assistant professor of materials science and engineering reported online in Nature Materials that they have developed thin 10 nanometre films of an unusual class of materials called correlated metals in which the electrons flow like a liquid. While in most conventional metals, such as copper, gold, aluminium or silver, electrons flow like a gas, in correlated metals, such as strontium vanadate and calcium vanadate, they move like a liquid. According to the researchers, this electron flow produces high optical transparency along with high metal-like conductivity.

“We are trying to make metals transparent by changing the effective mass of their electrons,” Engel-Herbert said. “We are doing this by choosing materials in which the electrostatic interaction between negatively charged electrons is very large compared to their kinetic energy. As a result of this strong electron correlation effect, electrons ‘feel’ each other and behave like a liquid rather than a gas of non-interacting particles. This electron liquid is still highly conductive, but when you shine light on it, it becomes less reflective, thus much more transparent.”

Currently, indium costs around $750 per kilogram, whereas strontium vanadate and calcium vanadate are made from elements with orders of magnitude higher abundance in the earth’s crust. Vanadium sells for around $25 a kilogram, less than 5 percent of the cost of indium, while strontium is even cheaper than vanadium.

“Our correlated metals work really well compared to ITO,” said Engel-Herbert. “Now, the question is how to implement these new materials into a large-scale manufacturing process. From what we understand right now, there is no reason that strontium vanadate could not replace ITO in the same equipment currently used in industry.”

The team has since applied for a patent on their technology, and says the material could also be used to develop cheaper solar cells in the future.

The Office of Naval Research, the National Science Foundation and the Department of Energy funded this work. Fabrication of the correlated metals was performed at the Materials Research Institute in the laboratory facilities of Penn State’s Millennium Science Complex. 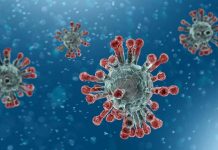