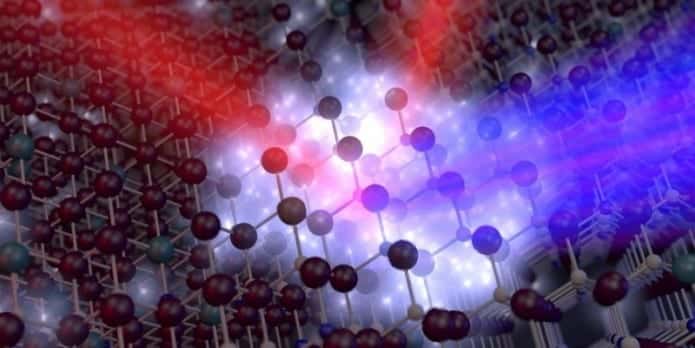 Scientists discover a material that could create quantum optical computers

On the other hand, optical computers beams data at the speed of light without generating all the heat and wasted energy of traditional electronic computers.

How amazing would it be if there could be a way for both of these to work together as one unit?

Well, may be. Scientists at the University of Technology, Sydney have found a material that has the capacity to combine both of those abilities in one surprisingly powerful computer of the future.

Arranged in a rather unique honeycomb structure, the material is layered hexagonal boron nitride. Used traditionally as a lubricant, it is atomically thin; however, after careful processing it was discovered that it can emit quantised pulses of light i.e. single photons on demand at room temperature which can carry information, making it ideal to help build a quantum optical computer chip.

One of the researchers, Mike Ford, said “That’s important because one of the big goals is to make optical computer chips that can operate based on light rather than electrons, therefore operating much faster with less heat generation.”

Until now, room-temperature quantum emitters had only worked in a 3D material like diamonds, which were never easy to integrate onto a computer chips. In a traditional computer, photons were used to store information by being in either vertical or horizontal polarization. But in recent study it was found that they can also be turned into quantum bits (or qubits) by being put into superposition which is a unique quantum state where it’s in both vertical and horizontal polarization at the same time.

“You can create very secure communication systems using single photons,” explained team member Igor Aharonovich. “Each photon can be employed as a qubit (quantum bit, similarly to standard electronic bits), but because one cannot eavesdrop on single photons, the information is secure.”

However, the best is that it could be easily scaled up, as the material is very cheap, easy to make and sustainable at room temperature.

“This material is very easy to fabricate,” said PhD student Trong Toan Tran. “It’s a much more viable option because it can be used at room temperature; it’s cheap, sustainable and is available in large quantities.”

“Ultimately we want to build a ‘plug and play’ device that can generate single photons on demand, which will be used as a first prototype source for scalable quantum technologies that will pave the way to quantum computing with hexagonal boron nitride,” he added.

The research has been published in Nature Nanotechnology. It will be interesting to know if the new material would also work with Li-Fi. If that happens, we might find ourselves in a new generation of computing.