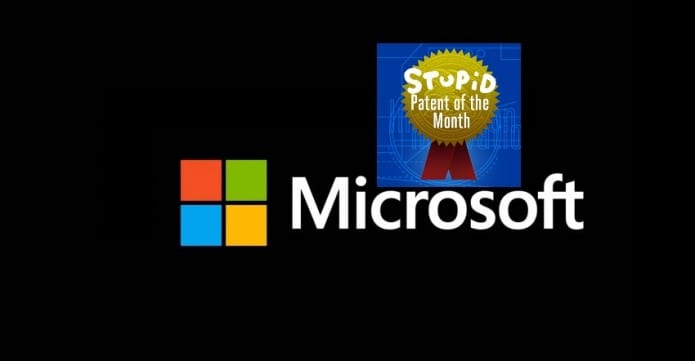 The Electronic Frontier Foundation’s (EFF) ‘Stupid Patent of the Month’ for December has been awarded to Microsoft Corporation for a design patent on a slider widget for a UI. The design patent, numbered D554,140, basically states that Microsoft is the owner of the slider, which is placed in the bottom-right corner of a window, with a plus sign at one end and a minus sign at the other.

The slider is used by the company in its Office productivity suite to allow users to zoom in or out of documents. However, the same has also been applied in a wide variety of Microsoft and non-Microsoft products.

Then, the consequences of using a patent without authorization. Microsoft recently sued Corel for, among other things, infringing its patent on a slider, D554,140, claiming that Corel Home Office has infringed Microsoft’s design without authorization. The design patent, as detailed by Microsoft in its complaint, is titled “User Interface for a Portion of a Display Screen”.

According to Microsoft, many of the applications such as Corel Calculate, Corel Show, and Corel Write, violates nine different Microsoft patents, four of which are design patents and include the aforementioned slider, plus the ribbon.

Microsoft’s lawsuit is nothing new. In fact, Microsoft’s lawsuit is a response to another lawsuit started by Corel in July which claimed that Redmond had infringed several of its patents and that “WordPerfect has been reduced to minimal market share as a result of Microsoft’s aggressive actions.” In other words, Corel has attributed its software failure to Microsoft stealing their patents.

To counter attack this, Microsoft started its very own lawsuit against Corel, accusing the company of infringing on its patents. So mainly, these two companies are accusing each other of the same thing, but Microsoft is more confident it will win.

“Microsoft’s lawsuit is in direct response to the meritless claims made by Corel earlier this year in a Utah court. We are confident we will be successful,” said a company spokesperson earlier this month.

The Electronic Frontier Foundation called Microsoft’s new design patent “the stupid patent of the month” and explained that the company now uses it as a way to go after Corel and possibly other competitors.

“Putting aside whether Microsoft’s design was actually new and not obvious in 2006 (when Microsoft filed its application), whether Microsoft needed the patent incentive in order to come up with this design, and whether it is even desirable to grant a company a government-backed monopoly on a graphical slider (we don’t think so, that’s why this is a stupid patent), the scope of damages for design patent infringement has the potential to become a powerful tool to shut down legitimate competition based on the mere threat of a lawsuit,” EFF wrote.

Microsoft has yet to issue any public comments on the allegations.