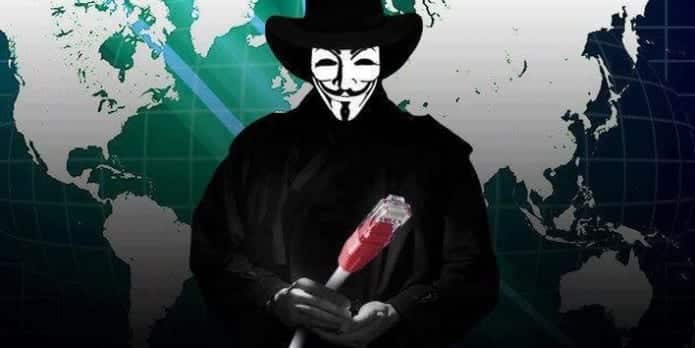 Calling it an act of revenge for the ongoing water crisis in Flint, the international hacking collective, Anonymous claimed on Wednesday to have launched a cyber-attack against the state of Michigan’s official website.

An ominous video was posted by Anonymous last Wednesday, on January 20, announcing a new Anonymous campaign, #OpFlint. The group in the 4 minute YouTube video promised action for the 2014 water switch to the Flint River, which lead to a spike in lead poisoning cases and a shortage of clean water in the city.

In the video, a person wearing a Guy Fawkes mask said Anonymous was supporting the citizens of Flint who had been affected by the water crisis.

“We feel that there currently exists enough evidence to arrest Governor Snyder for either voluntary or involuntary manslaughter.”

“We encourage the city of Flint to be vocal and demand that Governor Snyder face criminal charges, Anonymous will stand beside you. We will amplify your voice where the mainstream media will surely fail you, as it has in the past.”

For the past two years, the city residents are being supplied sub-standard water filled with lead, a powerful neurotoxin. The state’s website came back online briefly early Wednesday evening after an apparent crash, but went down again later. However, there was no official confirmation for the cause of the website failure.

The recent weeks saw the death of 10 people from Legionnaires’ disease over the last year possibly due to the city’s slow response to deal with the crisis became national news. Also, accusations that the state overlooked the crisis as the city is mainly full of poor people of African-American descent made headlines. After a state of emergency was declared by President Barack Obama on January 16, several residents in the city depend upon bottled water for drinking and cooking.

In a separate incident last week, officials at the Hurley Medical Center, a teaching hospital in downtown Flint, had confirmed their website was briefly down on Saturday after being targeted in a distributed denial-of-service (DDoS) attack. However, the hackers were unable to take over any computer systems.

“Hurley Medical Center has IT systems in place, which aid in detecting a virus or cyber-attack,” the hospital spokeswoman, Ilene Cantor, told local Michigan news website MLive. “As such, all policies and protocols were followed in relation to the most recent cyber-attack on our system. Patient care was not compromised and we are closely monitoring all systems to ensure IT security is consistently maintained.”

The hospital official provided no other details of the attack or any person or has claimed responsibility for the attack. However, given Anonymous’s vow to take action, the timing of the attack is suspicious.

The hacking group is using the hashtag #OpFlint to draw people’s attention to their campaign.