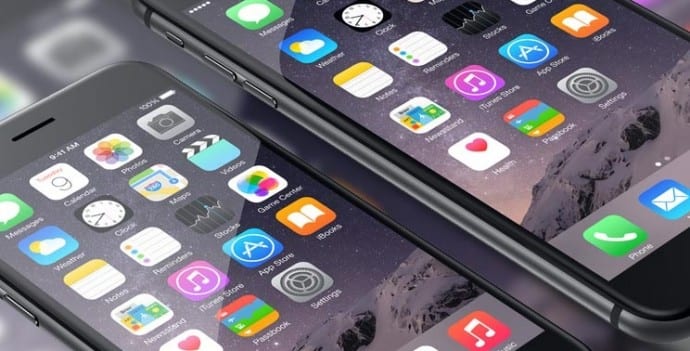 Here is how you can hide Apple’s default iPhone apps in iOS 9.3 without jailbreaking

Are you annoyed with the bloatware that comes along with your new iPhone 6 or 6S Plus. Up until now, Apple made it impossible for iPhone owners to delete such unwanted native apps. However due to concerted complaints from iPhone users all around the world, Apple has finally decided to let you delete such apps.

You might not have to deal with this anymore as Apple’s latest iOS 9 iteration — iOS 9.3 beta — brings an option to get rid of these apps. After making the iOS 9.3 beta available for registered developer for testing purposes, Apple recently rolled out a public beta version for non-developers.

However, it’s not as simple as uninstalling a third-party app and you’ll need to connect your device to a PC  but thankfully Apple has made it possible with iOS 9.3.

Here are the apps that come with iPhone in the box. You may select which one to keep and the ones you want to remove.

First things first: the procedure below will only work if you’re running iOS 9.3, which hasn’t yet been released to the public. If you have a developer account you’re good to go, and if you don’t want to wait you can install iOS 9.3 at your own risk without a developer account.

Do remember that jailbreaking your iPhone after upgrading to iOS 9.3 will be pretty difficult till a new jailbreak tool is released.

To disable the native apps from iPhone home screen perform the following steps :

A detailed tutorial was published by redditor, bfodder earlier this week,

9.3 adds the ability to hide applications on the home screen based on the bundle ID. Create a configuration profile in Apple Configurator 2.2 Beta with a restrictions payload set to “Do not allow some apps” under “Restrict App Usage” in the Apps section of the Restrictions. Add the necessary bundle IDs like com.apple.tips, com.apple.stocks, then plug in your device and apply the profile. The icons will simply disappear from the home screen.

I’m still working on finding the bundle IDs for the rest of Apple’s default apps. Post them here if you figure out more.

Just to note, you have to configure the General section in order to save the configuration profile. When you plug in your device, right click it, then Add > Profiles… Then navigate to the profile you just saved. You might have to then accept the install on the iOS device itself.

The post goes on to note that this procedure requires you to put your device in Supervised mode with Apple Configurator 2.2 Beta, and he says it requires wiping your device so be sure to back up all your data first.

And you dont want to go through all the above trouble, try out a neat little hack we published last week. But note that these apps will come back again when you restart your iPhone.