Religious discrimination reached an all-time high, this time striking Muhammad Zakir Khan, who is an assistant professor of speech communication currently stationed at Broward College in Florida. The elderly individual was blocked from signing up for Epic Game’s Paragon beta this weekend. After Zakir Khan had entered his last name in the online submission form, he was met with the following message: 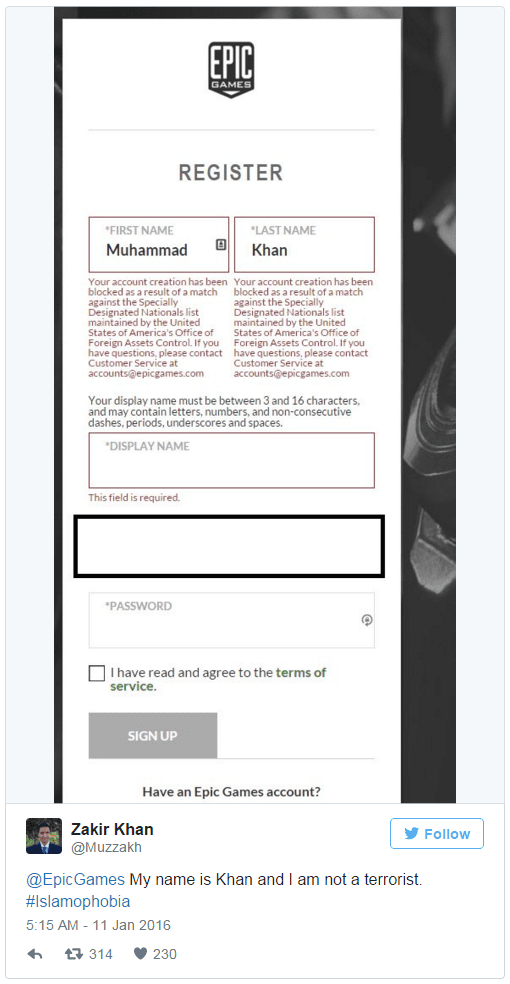 “Your account creation has been blocked as a result of a match against the Specially Designated Nationals list maintained by the United States of America’s Office of Foreign Assets control. If you have questions, please contact customer service at [email protected]” 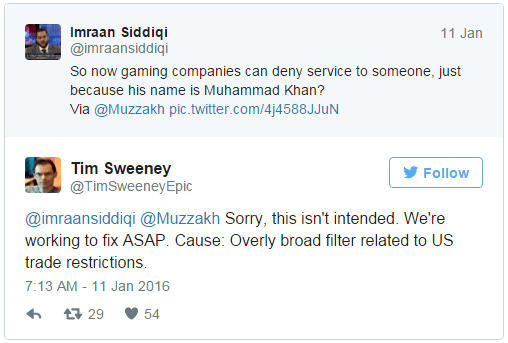 These days, social networking platforms have become the ideal places to vent out some of your steam, and this is exactly what Muhammad Zakir Khan did. On Twitter, as you can in the images below, along with the image showing that he was blocked from a video game, Khan composed several tweets, detailing the discriminatory behavior of the developing studio. It could very well be a protocol that the programmer had not changed prior to releasing the beta, but it will definitely result in a severe outcry. Khan tweeted the screen shot from this online form, and said:

“EpicGames My name is Khan and I am not a terrorist. #Islamophobia” 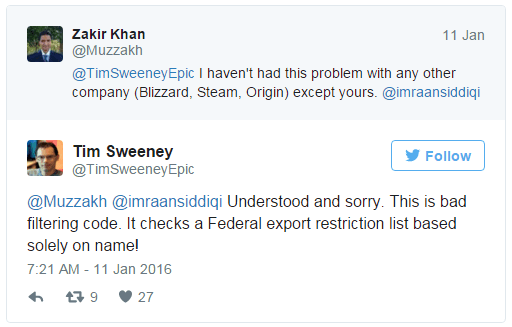 When being spoken to, Zakir Khan stated that he has never been banned from playing other online games ranging from developers and platforms like Blizzard, Steam and EA’s Origin. A fun fact here is that Epic Games’ primary headquarters is actually located in a region where several Muslims are residing, so for the online submission form to state such a thing can be concluded as preposterous. Hopefully, Epic Games will rectify this little problem in the near future, so that every gamer can enjoy future gaming titles and betas. 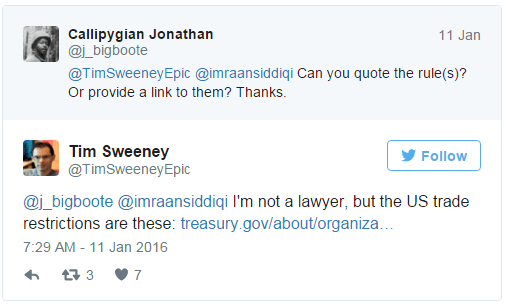