Back in August, 2015, hackers belonging to Impact Team hacked the online adultery website and stole several gigs of user data stored online. The data included details of Ashley Madison member including their likes and personal preferences.

The leaked data lead to many problems for many AM members with reports stating suicides by couple of members. When Ashley Madison was hacked last year, members had two straight choices — come clean to their other half, or stay calm and hope it all blew over.

However, those who chose to remain calm have been receiving extortion demands from unknown blackmailers. Even after almost 6 months the AM hack continues to hang over their heads like the sword of Damocles.

The letter, in which the user’s name has been redacted to prevent his identity being leaked, demands that he pay $2000 in bitcoin to keep the blackmailer from publicly leaking his name to his near and dear ones. The blackmailer gave AM member 10 days to pay up or else!

If you were signed up to Ashley Madison and you received a letter like this, what would you do? 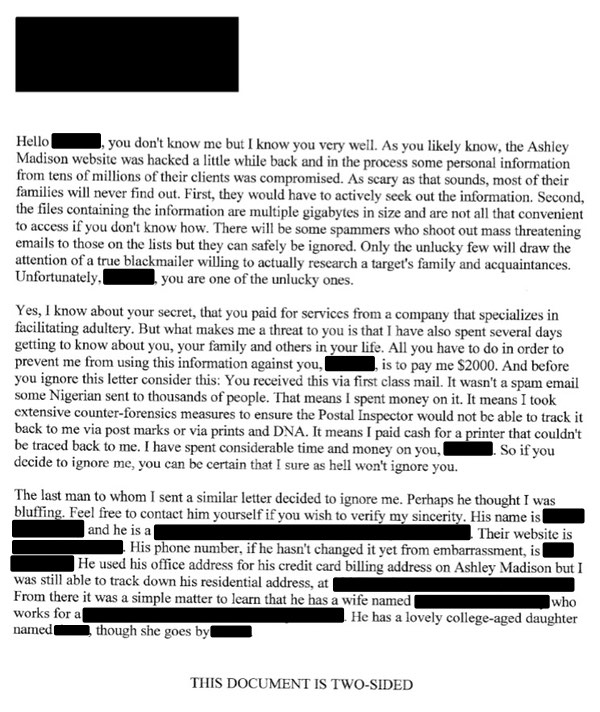