Microsoft’s free security Windows Defender was always put to shame thanks to its lack of security, but thanks to the latest string of tests, the software is not as bad as some critics might have thought it out to be. According to the AV-test, results obtained for the month of December actually puts Windows Defender between the middle of the pack, against the remainder of the antivirus programs for home users.

During the December 2013 results, Windows Defender managed to finish dead last, so in a time span of less than three years, it is fairly impressive that the software is able to do well. However, there is still room for improvement for the program.

The tests conducted on Windows 8.1 for the December 2015 results show that Microsoft’s in-built software had finished 11th out of 19 programs tested and the surprising thing is that it was able to come out on top against software such as F-Secure, ESET, Panda Software, and Comodo, which is quite impressive for a freeware. The test results show that Microsoft’s program is actually very good in catching the most prevalent malware found in systems. However, one other reason why Windows Defender ranks so high is because it does not bombard your desktop screen with several pop-ups design to ruin your experience. 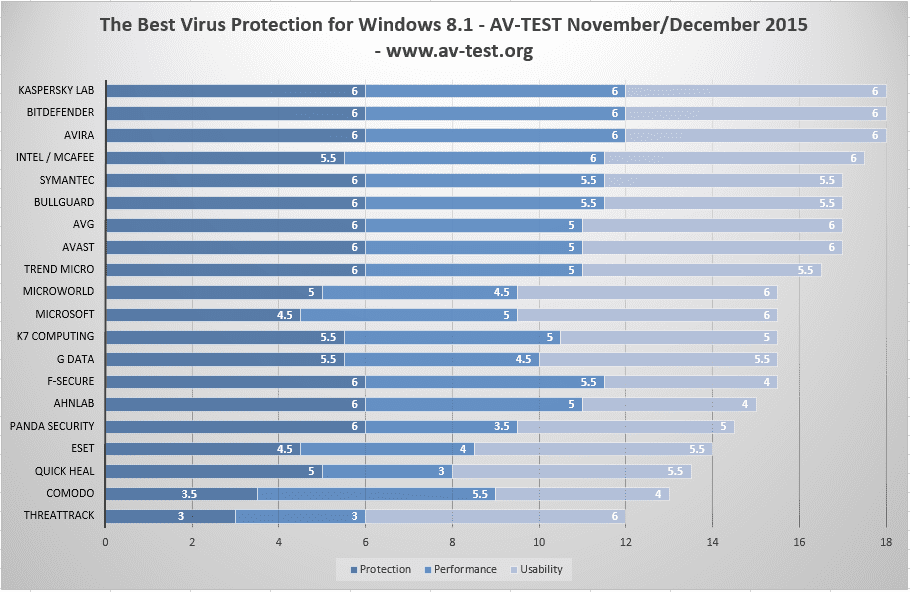 However, in performance, Windows Defender still has a lot to improve upon, and if you are running Windows 10, we will still recommend that be on the look-out for an alternate solution designed for protecting your operating system rather than just relying solely on Windows Defender.

The program might have significantly taken its ranking to new heights, but there is always room for improvement right?