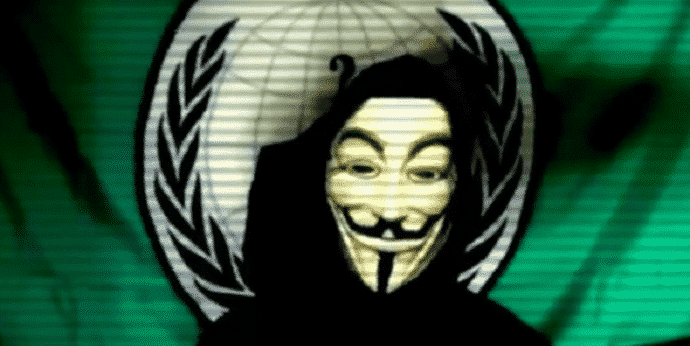 The death of 37 year old Paul Gaston, who was shot and killed by Cincinnati police officers on Wednesday, has sparked controversy, as he was unarmed at the time. According to sources, Gaston was driving a truck and hit a telegraph pole, when a 911 caller said he stumbled out of the vehicle, “dropped a gun, and then picked up the gun and took off”. Based on the details given 911 caller, police reached the spot within an hour. They shot and killed Gaston on his knees with his hands behind his head, claiming he was reaching for a gun in his waistband.

Later it was proved that Gaston was carrying a BB-gun which looked like a real gun.

The group said it released the info Sunday night in response to Wednesday’s shooting death of Paul Gaston, a black man, by three white Cincinnati cops.

“Thin Blue Line, your game is over,” an Anonymous figure said in the video, according to a transcript. “You lost. While we release your officers’ information, we will hold no responsibility of the actions of those that see the information.”

Transcript of the video :

“The following clip you are about to see are three separate cell phone clips of Cincinnati Police Department murdering a black man named Paul Gaston while he held his hands up on February 17th.

“With the evidence provided it is quite obvious that he was complying and had his hands in the air. Just a day before this shooting in the Cincinnati Metropolitan area this man was accused of pointing this replica at police.

“How does one man point a fake pistol at a cop and live while another man doesn’t, but is killed execution style?

“For far too long we have sat idly by letting the gang known as the Thin Blue Line murder citizens of United States without allowing them due process.

“Well we have a message to not only the Cincinnati Police Department but to every law enforcement officer.

“When you murder a human being when you have other choices of containing your suspect available we will make your officers information public record.

“We will data dump as many officers as we see fit for each situation.

“We will not only release the officer who murdered the citizen’s information but we will release those that have stood by in the department that did not speak up.

“We have lost more lives to the Thin Blue Line than we have lost in the Afghanistan War.

“Thin Blue Line, your game is over. You lost. While we release your officers information, we will hold no responsibility of the actions of those that see the information.”