Tired of keeping your broken Android phone as a worthless paperweight? Try this instead!

Smartphone repairs are hard to execute and can sometimes result in the entire device going up in smoke rather than tackling the hardware issue that was found in the first place. This happened with an Android smartphone owner who also owns a YouTube account ElectroBOOM. His smartphone’s integrated power-management circuit apparently blew, rendering his mobile phone completely useless, at least that is what he thought after he decided that there was another use for it after all.

Thanks to the combined efforts of ElectroBOOM and his daughter, they tried to come up with several ways to salvage the parts of the device that still worked. So what were they able to create after accumulating all the parts together? An adorable toy robot whose primary body comprises up of the head of a toothbrush. 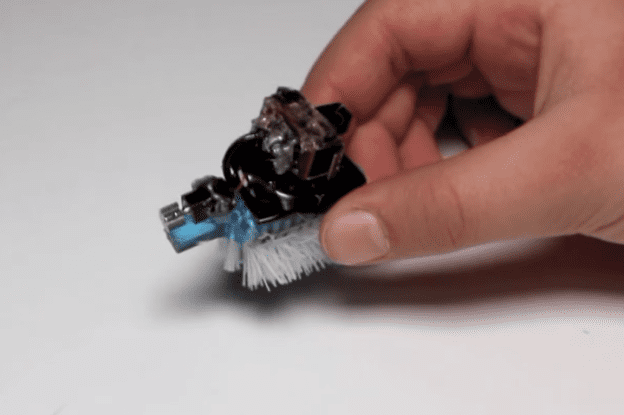 While it might not be the most sophisticated of creations to be made from a broken Android phone, it is still better than having a device that would be sitting around powered off as a paperweight or be turned to scrap after it has been discarded in a trash bin. There is a video posted below showing how ElectroBOOM and his daughter were able to make this creation so watch the video and tell us what you think.