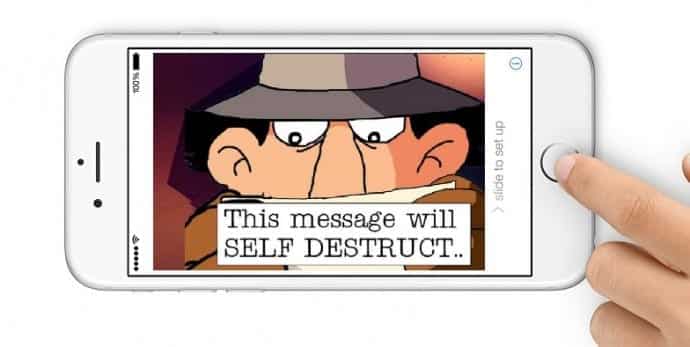 Here’s How to Set Your iPhone Messages to Self-Destruct

Yes, you dont need an extra app to set audio and video messages on your iPhone to self-destruct but there’s a very simple way to do it in your Settings.

All you have to do is head to your Settings app. From there, hit the green Messages icon and scroll down to the Audio Messages section. Here you’ll see an option to set your messages to Expire, and you can either choose for them to never disappear or to disappear after two minutes.

You can either ensure that media messages never disappear, or set them to expire after two minutes, at which point they’ll no longer take up storage in your message chain. So long as you send either audio or video as a direct message (rather than an attachment), it’ll disappear after two minutes with this setting turned on.

Apple probably built in this option to save valuable memory, but it’s also handy if you want to send a quick photo and have it disappear shortly after. Remember it’s not as slick and secure as Snapchat but its still useful for all your self destruct needs.