Believe it or not! This 3.5 inch Floppy Disk Was Hacked to 118 GB Memory

Remember the 3.5 inch 1.44 MB floppy disks we used in older days? The double-sided, high-density (HD) floppy disks were first shipped in 1986 and had a majestic 1.44 MB free memory which was quite considerable in those days when standard was 720KB. Now look at this GIF video before we go any further! 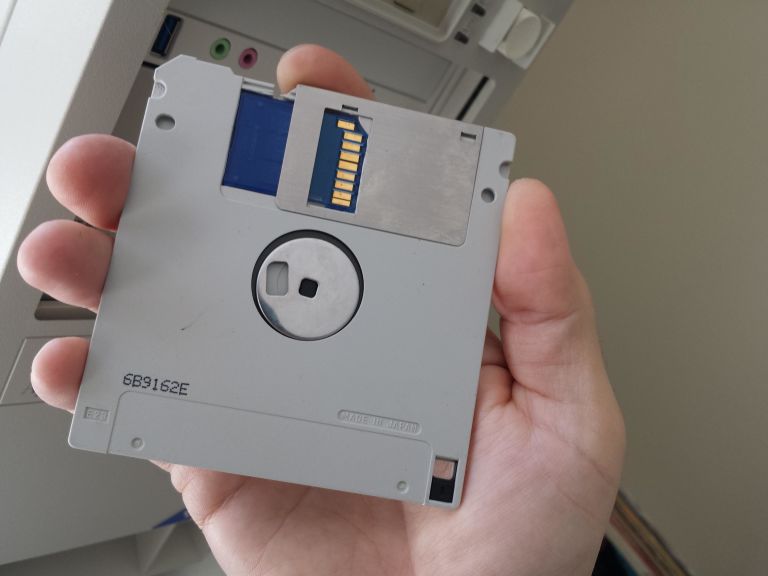 Dr.Moddnstine removed the little pancake of magnetic tape that most floppy disks have inside and replace it such a way to fit a SD card into it. This disk is actually just empty piece of plastic that has been modified to fit normal SD cards—which can sport capacities in the hundreds of GB instead of the paltry 1.44 MB an actual floppy can hold.

Though he showed his 118GB floppy disk system works, Moddnstine doesn’t explain exactly how he mounted the SD card to the floppy drive to make it happen, or offer any instructions you can follow to make one yourself. To bad for that!!!