Facebook has confirmed that it is testing the integration of SMS plus support for multiple accounts for the Messenger app on limited Android users. SMS integration in Messenger will once again allow users to send and receive SMS messages from the app.

“At Messenger we are always trying to create new ways for people to communicate seamlessly with everyone,” said a Facebook spokesperson. “Right now, we’re testing the ability for people to easily bring all their conversations — from SMS and Messenger — to one place. It’s a really simple way to get, see and respond to all your SMS messages in just one app. By choosing to access your SMS messages in Messenger, they’re right alongside all the other enhanced features that Messenger offers.”

According to the initial information, Facebook is currently testing the SMS feature with limited Android users in the US. Unfortunately, because of the deeper OS integration required to make this feature work, it’s unlikely that iOS users will ever have the option to use Messenger for SMS messages. 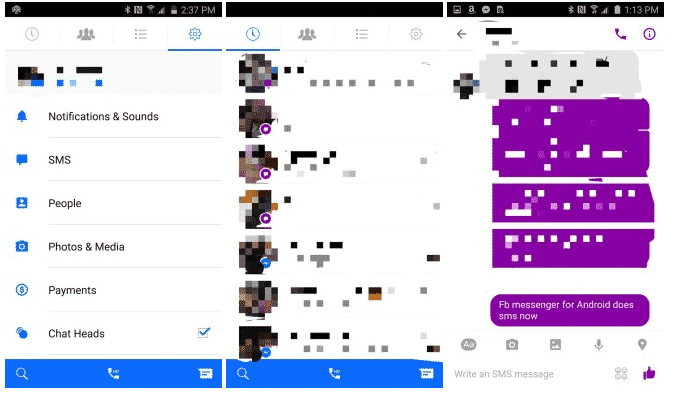 For those unaware, SMS was actually a part of Facebook Messenger before, but it was removed a few years ago due to low adoption in 2013. In reality, the company likely wanted to force Messenger adoption – something it did very well, also by pulling the functionality from the default Facebook app in 2014.

As the blog Android Police noted, some users were seeing a new SMS Settings pane that allowed them to use Messenger as main SMS client.

When texting a friend in Messenger with the option enabled, the prompt in the text input box would read “Write an SMS message” to indicate that this is a regular text message box. The messages sent as SMS texts would then appear as purple bubbles, instead of Messenger’s usual blue, the blog also said. This color change feature is an optional feature that can be enabled or disabled in settings.

SMS support is not the only change coming to Messenger. Facebook has also announced support for multiple accounts in the app for Android users. The new multiple accounts feature is likely targeted at users who share their devices within the family or friends. The new addition will mean that multiple people can log in to Messenger from a single device.

Messenger for Android has added a new section called “Accounts,” which lets you add and remove accounts on the app. These can also be password-protected so only the account holder can read their messages. Others will only see notifications that a message has been received and not it’s content. 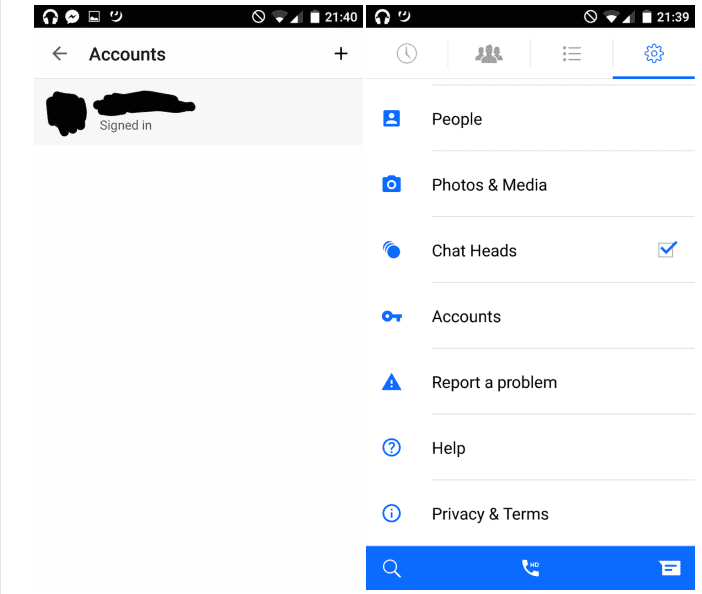 Confirming the multiple accounts feature for Android users, Facebook had this to say: “Millions of people share phones with their family and friends. Until now, there hasn’t been an easy way for people to access their individual Messenger accounts from shared devices. To address this, we’ve launched a feature on Android to enable multiple people to log in and use Messenger from a single phone.”

Unlike the SMS option, this feature is available around the world.