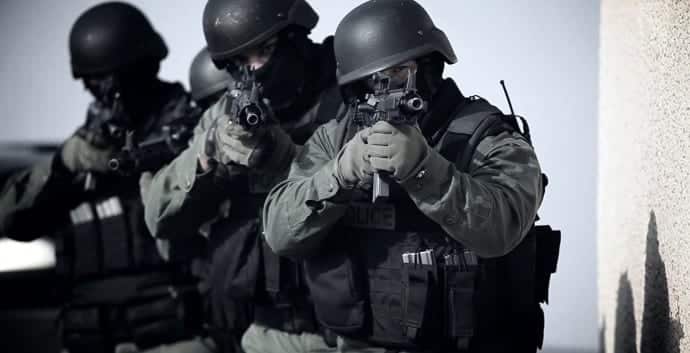 Rep. Katherine Clark, a U.S. lawmaker from Massachusetts, who introduced the Interstate Swatting Act last year was herself targeted in a swatting hoax on Sunday night.

Swatting, a disturbing form of harassment popular among online trolls and hackers, is when someone calls in a fake report to police about an on-going incident at someone’s home — usually something like an “active shooter” or hostage taking or something similar — in the interest of having police departments overreact and send out a SWAT team to deal with the situation, such as by raiding the home.

Melrose Police spokesman John Guilfoil told the Globe that the department received an anonymous call was made around 9.57 pm from a computer-generated voice alleging “shots fired and an active shooter” at Clark’s residence. Several police officers were dispatched to her residence, swarming the front of Clark’s house.

She was at home with her husband and her two teenaged sons watching television at the time of incident. “It was a very scary first moment, walking out into my front yard and seeing a number of police, some with long guns,” Clark said.

Police said they quickly determined that there was no actual threat to Clark and her family. Clark told the Boston Globe that she suspected the attack was revenge for her work on the issue.

A representative for the Melrose Police Department referred BuzzFeed News to a statement from Police Chief Michael Lyle. “It appears that someone was trying to elicit a police response by making a false report,” Lyle said. “We take incidents like this very seriously, and will conduct a thorough investigation.” The phone call that initiated the police response was anonymous and computer-generated.

In a statement on Monday, Clark said, “My family and I are grateful to Chief [Michael] Lyle and the Melrose Police Department for their timely and professional response. No mother should have to answer the door to the police in the middle of the night and fear for her family’s safety simply because an anonymous person disagrees with her.”

Clark’s swatting bill is part of a bag of policies designed to protect women and minorities from internet-enabled crimes that often go unpunished. Her bill which has not yet been considered by the House Judiciary Committee, would make swatting a federal crime and let prosecutors charge the swatters with the cost of the law-enforcement response.

Clark said she is even more determined to continue her work after her personal ordeal. “I didn’t need extra motivation but it certainly provided that.”