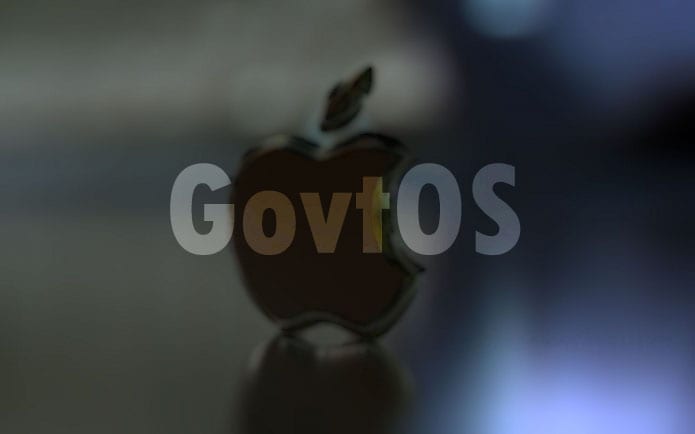 Everything you needed to know about GovtOS

By now you have all heard of the government’s attempt to force Apple to create a backdoor for the authorities for effortless infiltration. However, the company also mentioned something about GovtOS. What is GovtOS and what did Apple mean by this?

Apple has stated that the government’s continued persistence to hack the company’s iPhone is ridiculous so it detailed out on how the government would be able to achieve this goal without working at cross purposes. It stated that the authorities would have to create a custom operating system, or GovtOS, in order to help the FBI break into the iPhone 5c that belonged suspected San Bernarndino shooter Syed Farook.

There are several reasons why Apple is suggesting this. First off, creating GovtOS would distract several employees from their primary responsibilities for up to four weeks, ensuring that productivity does not get scattered for a seemingly long period. The Verge reported that Erik Neuenschwander, manager of user privacy at Apple, wrote the following concerning the estimated time of competition for the custom OS:

“Although it is difficult to estimate, because it has never been done before, the design, creation, validation, and deployment of the software likely would necessitate six to ten Apple engineers and employees dedicating a very substantial portion of their time for a minimum of two weeks, and likely as many as four weeks.”

Since Apple has been severely commended on its progress with its mobile and desktop operating systems, it would naturally take a long period of time to develop this custom OS. Afterwards, will come the rigorous testing phases that Apple not only tests out with both of its software platforms, but also with applications that want to find a place amongst the company’s App Store.

Needless to say, it is definitely going to be a huge ordeal of the company to develop a whole new operating system from scratch and with iOS 10 and new mobile products expected to be unveiled during Apple’s upcoming event, the tech giant cannot sacrifice any more distractions at this point. After everything’s in working order, Apple states that it would have to deploy the OS in its own secure, isolated, physical facility where the FBI’s passcode testing can be conducted without interfering with the investigation or disrupting Apple’s operations. While this is possible, it would still take at least a day to set up, which is time that the company could better use up with some other venture.

Keep in mind that that it could take even more time to destroy the code after it been completed, and Apple isn’t entirely sure the code could ever be completely destroyed. Neuenschwander once again summarizes his findings as he states the following:

“Even if the underlying computer code is completely eradicated from Apple’s servers so as to be irretrievable, the person who created the destroyed code would have spent the time and effort to solve the software design, coding, and implementation challenges. This process could be replicated. Thus, GovtOS would not be truly destroyed.”

If compelled, Apple will probably have no choice but to employ a dedicated team for GovtOS, but it does not look like this is going to take place anytime soon.