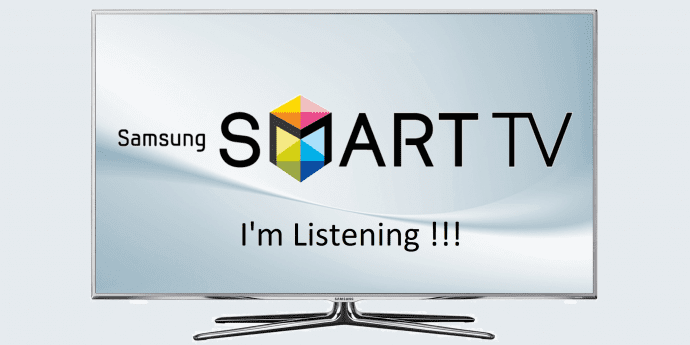 Shocking!!! Samsung has confirmed that its “smart TV” sets are listening to customers’ every word and transmitting the same to its servers as well as third parties. In fact, Samsung has warned its Smart TV customers not to speak about personal information while near the TV sets.

Samsung revealed that the voice activation feature on its smart TVs will capture all nearby conversations. The TV sets can share the information, including sensitive data, with Samsung as well as third-party services, viz.Nuance Communications, Inc

Shane Harris at The Daily Beast had first reported the issue by noticing a discreet line in Samsung’s privacy policy: “Please be aware that if your spoken words include personal or other sensitive information, that information will be among the data captured and transmitted to a third party.”

After the Daily Beast report was published, huge user outcry forced Samsung to issue a new statement clarifying how the voice activation feature works. “If a consumer consents and uses the voice recognition feature, voice data is provided to a third party during a requested voice command search,” Samsung said in a statement. “At that time, the voice data is sent to a server, which searches for the requested content then returns the desired content to the TV.”

This means that Samsung expects users to buy its costly Smart TVs by spending thousands of dollars and behaving like robots while watching TVs. It also opens up a debate of the Smart TV owners personal information being saved by Nuance Communication and whether it is susceptible to a data breach or manipulation.

Also read: Here is how you can stop your Samsung Smart TV from listening to you