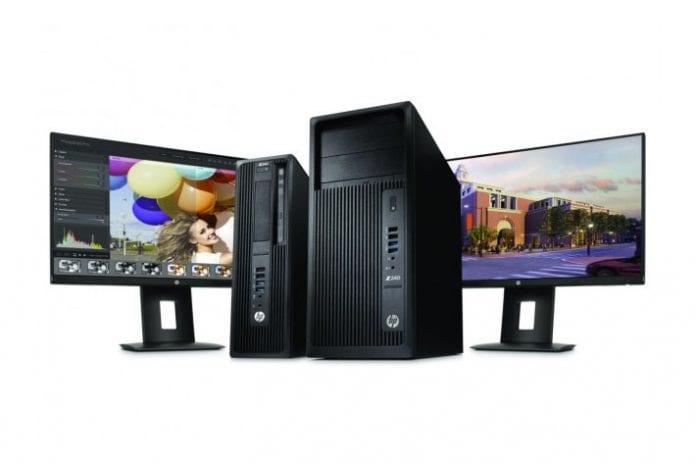 Believe it or not, this $4,500 workstation from HP is built only to create the ultimate virtual reality content

VR headsets are an expensive product, but what about the machines used to create such content? HP announced a new Z Workstation, and it starts at $4,363, and has been filled with the best of the best hardware components to create virtual reality content. Apart from VR, the workstations can also be used for movie-making, engineering tasks, and other resource-heavy applications.

HP Z Workstations have been used to make movies like Deadpool, but when it comes to VR, you will definitely need more processing power. Fortunately, HP Z Workstation desktop comes in several configurations, with the processor being an Intel Xeon E5-2600 v4 chips, which has up to 22 cores. One reason why the desktop system does not feature a 22 core Xeon E5-2699 v4 chip is because this particular CPU is used for server-based applications and will required a more potent cooling system to dissipate all that heat.

The high-end Z840 system, which is the official name of the HP workstation can actually support two 22-core processors, but unless you do not have sufficient cooling inside of that machine, it will obviously not be such a feasible option.

Coming to the GPU side of things, the workstation can be configured to sport dual Quadro M6000 24GB graphics cards in an SLI (scalable link interface) setup. With this configuration, you will have more than enough video RAM at your disposal and more than your fair share of GPU horsepower to render and drive the production of VR content.

The system supports up to 256GB of DDR4 memory or 1TB of LRDDR4 (load-reduced DDR4) memory, depending on the kind of tasks you will be carrying out. LRDIMM DRAM usually operates at lower speed, but allows more memory to be crammed in a system and its primary use is it servers, where you often need more memory than the actual speed of RAM.

The system also has an extended range of hard-drive and SSD storage options for you. There are six SATA, eight SAS (serial-attached SAS) or two PCI-Express 3.0 NVMe storage ports, but for ultimate performance, we do expect that you will configure the workstation to sport PCI-Express solid state drives. In addition, it has 5 USB 3.0 ports, 3 USB 2.0 ports, a Gigabit Ethernet port, and supports 850 and 1125 watt PSU (power supply units).

With all the money that you will spending on this workstation, HP could have at least packed some peripherals with it, but unfortunately, you will have to purchase them separately.