You Can Store 96TB on LaCie’s ATX Hard Drive Tower

The 12big combines a storage capacity of up to 96TB looks like an aluminium full ATX tower, which is adorned with LaCie’s signature glowing blue eyeball. Even though it’s 17 inches tall, it’s actually not that big. LaCie helpfully notes that its 9.3-inch x 6.3-inch base gives it “a footprint smaller than a tablet.”

With performance speeds of Thunderbolt 3 and RAID 5/6, it is aimed at helping video professionals and other creatives manage data from high-end cameras that record 4/5/and 6K footage. The 12big can reach speeds of up to 2600 MB/s or 2400 MB/s in RAID 5 with enterprise-class 7200RPM drives with 256MB cache and a RAID controller.

According to LaCie, the transfer speeds can “slash time off nearly every post-production workflow task,” and with Thunderbolt 3, users can daisy chain dual 4K displays or a single 5K display to the 12big.

Tim Bucher, Senior Vice President of Seagate and LaCie Branded Solutions said, “LaCie is committed to helping video professionals master ever-increasing data demands by ensuring their irreplaceable data is secure, available on demand and always driving value. The combination of higher spatial resolution and 3D imagery, as well as higher dynamic range and frame rates, is driving the need for high-capacity and high-speed digital storage systems. We purpose-built the LaCie 12big to have the speed, capacity and reliability to efficiently download and edit even the most demanding content–so our customers can focus on making their creative vision a reality.” 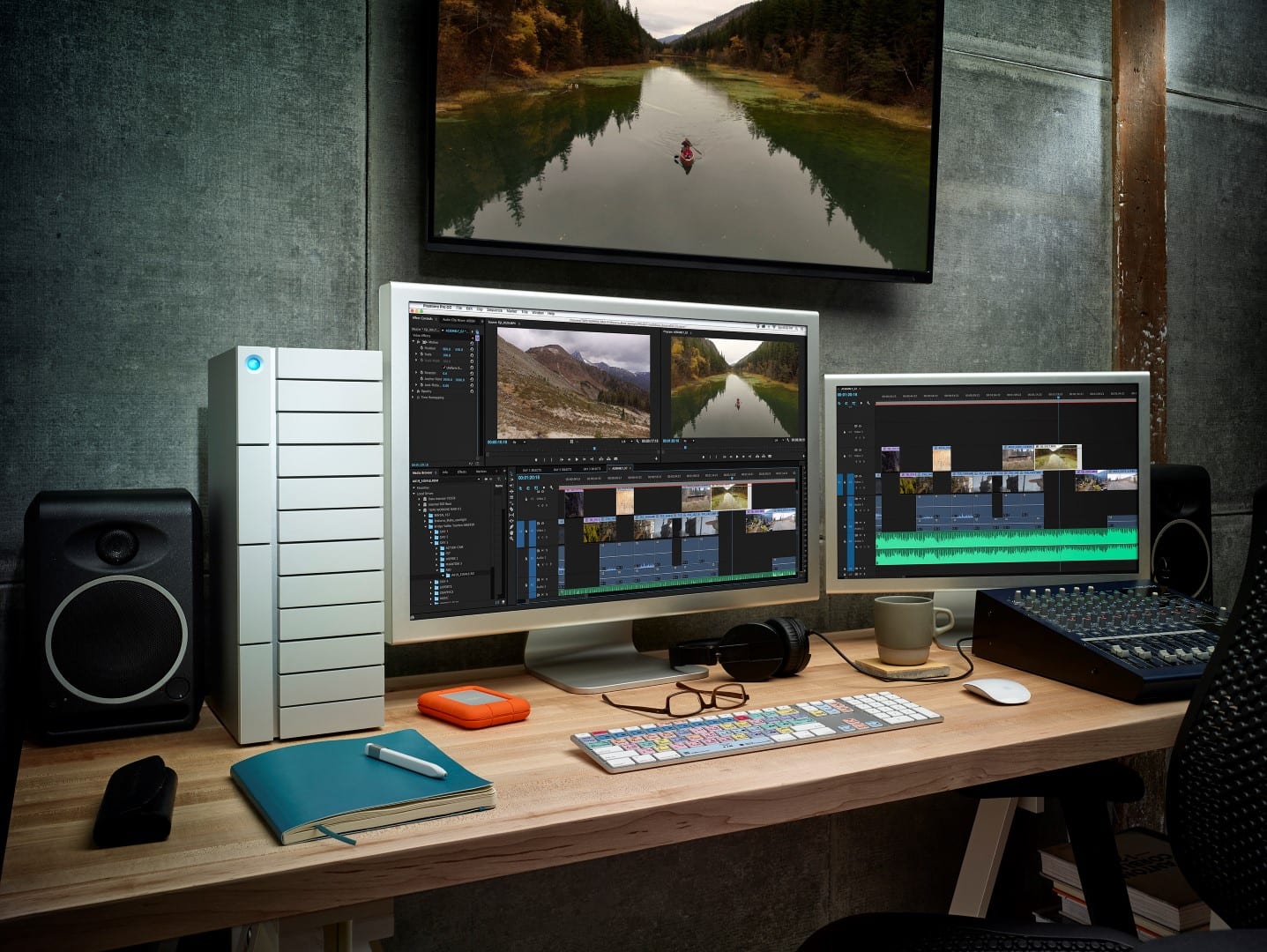 Logically enough, the 12big features a full dozen 3.5-inch SATA hard drives bays. It’s available in three configurations, which are large, XL, and XXL. The entry-level 12big comes stuffed with 4TB drives, and the mid-range bumps those up to 6TB. If you opt for the 8TB drives, you will get a huge 96TB of disk space, and there are also 48 TB and 72 TB units available. LaCie says that’s enough space to store around 100 hours of 4k video footage. They’ve opted for Seagate’s enterprise-grade drives, which have an MTBF of around two million hours and are covered by a five-year warranty.

It’s worth bearing in mind the storage capacity depends on whether you configure the drive in the default RAID 5, or seek extra security with a RAID 6 setup. The 12big is ready for storing truckloads of data with a hardware RAID controller that can handle RAID 0, 1, 5, 50, and 6.

The 12big supports USB 3.1 connections and even quicker Thunderbolt 3 connections. Even better, it can supply enough power to recharge “a compatible laptop” via its Thunderbolt ports.