These are the top NoSQL DBMS for year 2015

A database which stores data in form of key-value pair is called a relational database. Alright! let me explain myself.

a relational database stores data as tables with numerous rows and columns.(I think this one is easy to understand).

A key is a column (or set of columns) for a row, by which that row can be uniquely identified in the table.

Rest of the columns of that row are called values. These databases are created and managed by software which are called “Relational Database Management System” or RDBMS, using Structured Query Language(SQL) at its core for user’s interaction with the database.

The following video might be helpful for understanding what I’ve discussed above.

A NoSQL database is one which does not solely depend on SQL for data retrieval and whose structure is different from a relational database, and hence the name NoSQL( Not Only SQL).

And if you also think why that ‘O’ is not capital in NoSQL, then we are similar. Blame the people who named it.

Why use such databases ?

For handling “Big Data”. The development of NoSQL is fueled by development of the World Wide Web. SQL was good for Web 1.0. The evolution of Web from a place where you can only consume stuff and can not interact with the website to a place where a website works as your personal assistant, has created a scenario where a lot of data has to be processed in a very little time.

1. Document Databases – These Db usually pair each key with a complex data structure which is called a document. Documents can contain key-array pairs or key-value pairs or even nested documents. The “document” is a file which contains information. It may contain data as key value pair or as key document pair where the document may be of one of the two types.

3.Wide-column stores – These types of Databases are optimized for queries over large data sets, and instead of rows they store columns of data together.

4.Graph stores – These store information about graphs, networks, such as social connections.

CouchDB is an Open Source NoSQL Database which utilizes JSON to store information and JavaScript as its query language. CouchDB applies a type of Multi-Version Controlling system for avoiding the lockage of the DB file during writing. It is Erlang. It’s authorized under Apache.

MongoDB is the most well known among NoSQL Databases. It is an Open-Source database which is Document oriented. MongoDB is an scalable and accessible database. It is in C++. MongoDB can likewise be utilized as a file system too. 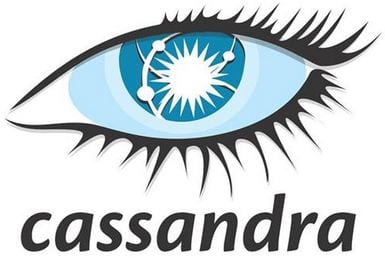 Cassandra is a distributed data storage system for handling very large amounts of structured data. Generally these data are spread out to many commodity servers. Cassandra gives you maximal flexibility to distribute the data. You can also add storage capacity of your data keeping your service online and you can do this task easily. As all the nodes in a cluster are same, there is no complex configuration to deal with. Cassandra is written in Java. It supports mapreduce with Apache Hadoop. Cassandra Query Language (CQL) is a SQL-like language for querying Cassandra Database.

Redis is a key-value store. Furthermore, it is the most famous key-value store according to the monthly ranking by DB-engineers.com . Redis has support for numerous languages likeC++, PHP, Ruby, Python, Perl, Scala and so forth along with many data structures like hash tables, hyperloglogs, strings etc. Redis is composed in C language.

HBase is a distributed and non-relational database which is designed after the BigTable database by Google. One of the main goals of HBase is to host Billions of rows X millions of columns. You can add servers anytime to increase capacity. And multiple master nodes will ensure high availability of your data. HBase is composed in Java. It’s authorized under Apache. Hbase accompanies simple to utilize Java API for customer access.