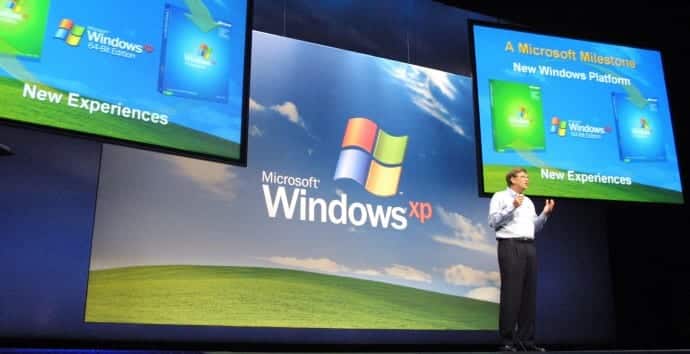 Launched 15 years ago, Windows XP is still the third most popular operating system (OS) even after two years since Microsoft ceased support, which means the platform no longer sees updates of any kind — not even critical security patches. Considering how vulnerable these systems are and also not exactly covered in terms of security, people are still using the outdated OS, which is quite astonishing.

According to Netmarketshare, as of March, Windows XP is still being used by no less than 10.9% of the desktop OS market. In fact, more people are currently using Windows XP than the total number of people using 10.11 El Capitan (4.05%) and Windows 8.1 (9.56%). Windows 10, which saw a big jump to overtake XP in February, is marginally more popular with 14.15% of users. The latest figures from Netmarketshare also show that Windows 7 still reigns as a king, with a whopping 51.89% share of the user base.

Keeping the aforementioned statistics in mind that is still a lot of people using the outdated OS, and it is quite an accomplishment for an OS which was launched in 2001. Back in the day, Microsoft spent over a billion dollars marketing XP. Every cent spent was worth it, as Windows XP is still looked upon as one of the best OS available today.

The real reason why Windows XP has been so popular is because it not only introduced many handy features, but it proved to be a major improvement over its poorly thought predecessor, Windows ME. With its successor Vista being delayed, and then badly received upon release, it only made Windows XP more popular. However, there are a lot of other reasons why users are still using the outdated OS.

Despite the company’s efforts to convince users of this OS version to upgrade, the 15-year-old platform lives on these days. But, Microsoft is hoping that the end of two-year anniversary support will be a useful prompt as to just how out-of-date this OS now is.

Microsoft is doing everything it can to encourage any and all of its users to switch to Windows 10, which has turned out to be quite exceptional. This becomes even more apparent with the fact that its adoption rate is far greater than that of Windows 7 and Windows 8.1.