With the Mother’s Day coming up tomorrow, the tech companies are falling over each other to milk the opportunity for some easy marketing. We had already reported that Facebook will be introducing a new Purple flower reaction button in addition to the six that we already have. Now Apple has gone one step and created a full fledged website of its iPhone users.

Following the launch of its “Shot on iPhone” Mother’s Day ad, Apple has created a dedicated website that allows iPhone users to create their own Mother’s Day video by uploading images of their mom.

The Apple’s new Mother’s Day special website was first noticed by iPhone in Canada. The website is pretty simple and opens with an upload image link, which allows users to upload a photo. The photo is then inserted into a customized version of Apple’s Mother’s Day video and can be uploaded directly to Facebook. 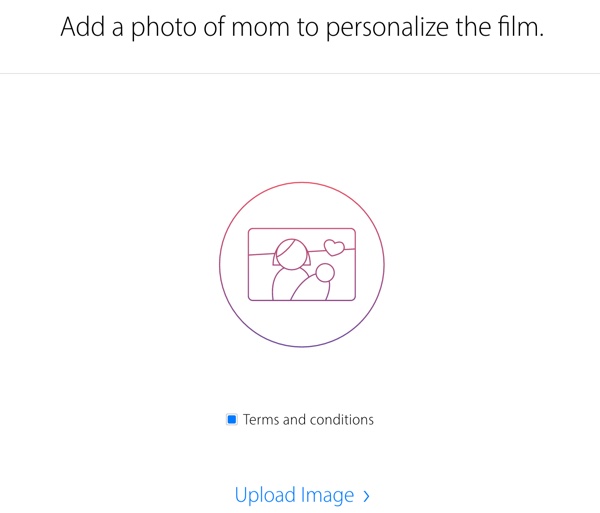 If you have seen the new Apple advertisement for Mother’s day, you will notice that the video in the website is identical to it. The video which is given below features photos of mothers from iPhone users around the world, with the addition of the user-uploaded photo.

The concept is pretty neat and lets iPhone users upload their custom images on the to website to celebrate Mother’s Day on 8th March. It remains to be seen what Google will come up with to celebrate the Mother’s Day.