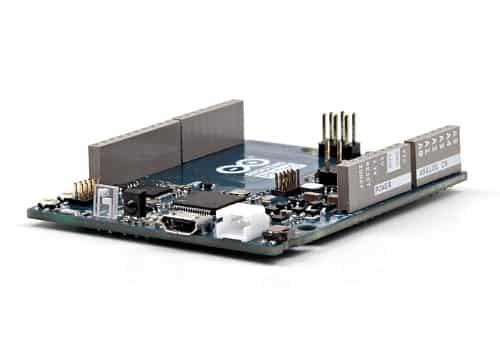 Arduino Primo is on its way and it’s going to have several new features that you will not find on its previous generation logic boards. Thanks to Arduino’s new partnership with Nordic Semiconductor, Primo is going to be launched with more features than you can ever imagine. According to the press release details, the following has been mentioned concerning the on-board features of Arduino Primo:

In addition to being able to connect to Bluetooth low energy sensors, the Arduino Primo acts as a TCP / IP Internet client and server over Wi-Fi; uses the nRF52832 SoC’s integrated Near Field Communication (NFC) for secure authentication and ‘Touch-to-Pair’.

For all but the most advanced projects, programming will be done via the established Arduino Integrated Development Environment (IDE) programming interface, which is designed to make electronics design easy for everyone regardless of experience.”

In total, you will be getting four features, with all of them listed below:

In case you didn’t know, Arduino is famous for empowering DIY projects, particularly for the IoT market, which is going to expand heavily in the coming years. With the latest Arduino Primo, all of these features come without the need for a shield, which was required to place any one of the above mentioned features on the logic board.