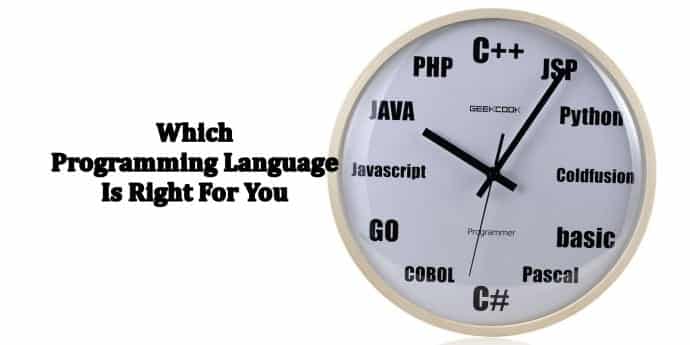 This question originally appeared on Quora: What are the best programming languages to learn today? Answer by Avi Flombaum, co-founder and dean at Flatiron School.

Want to learn coding? But before you do so, you need to know what sort of programming may be apt for you?

The answer is very simple. Start writing a code. Learn how to build a program and learn how to detect and fix flaws. Once you start doing this, you will realize whether you love writing code or not. In other words, the best way to find out what aspect of coding do you love is to learn to do it, fail and experiment. And by experiment, we mean by not watching lots of pre-recorded videos.

As a beginner, when you start, don’t worry about the language, or the framework, just begin to write the code. At the end of the day, it is important for you to have understood how to program, as programming is basically a way of how you think.

Having said that, there are also a few other aspects that will help you discover and sort out your programming journey. Ask yourself the following questions:

1. Are you interested in becoming a web developer or an iOS or Android developer? In other words, do you want to learn how to build web apps or mobile apps?

However, if you figure out that you actually enjoy front-end or back-end, then you can concentrate on learning as much as possible in that domain before moving on to another sphere.

Regarding back-end languages, you have a few primary choices.

Finally, it’s incredibly readable. This is how one would write a simple “Hello World” program in Java:

This is “Hello World” in Ruby:

Ultimately, though, the first language will be the hardest. It’s like learning to play guitar for the first time. You have to train your brain to work in an entirely new way. After that, picking up another instrument is relatively trivial. So focus on whatever’s going to get you fired up and keep you motivated and you’ll do great.