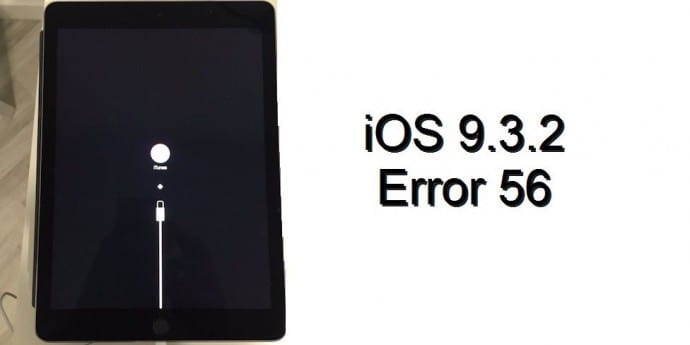 The update released by Apple was meant to fix many issues that surfaced with iOS 9.3.1 but the new update is reportedly causing problems. Many owners of the new 9.7-inch iPad Pro models reported that they bricked their iPads after installing the iOS 9.3.2 update. They are greeted with an Error 56 message that tells them that they need to plug their devices into iTunes.

However following that, some users are reporting that it doesn’t work and that it just keeps looping itself to no avail. According to Apple’s error code document, Error 56 is a hardware issue and they recommend that users install the latest version of iTunes and that they should try restoring their devices at least twice.

Though the issue has been reported by many iPad users, all iPad Pros dont seem to affected. But it is too early to conclusively say that because many iPad Pro users may not have updated the newly released iOS 9.3.2.

If you do own the 9.7-inch iPad Pro, maybe you should consider holding off on the update until Apple releases a fix or addresses the problem.