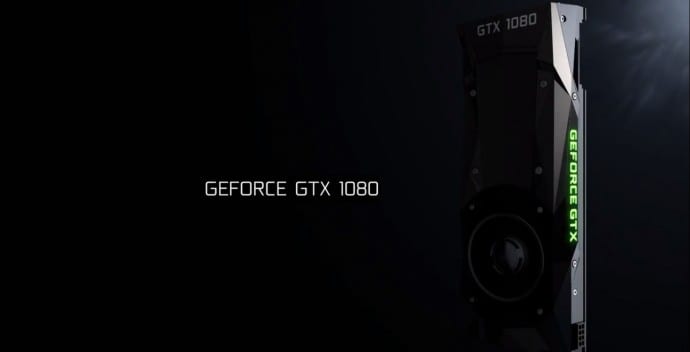 Nvidia founder and CEO Jen-Hsun Huang on Friday night revealed its first high performance consumer graphics cards based on its Pascal architecture: the GTX 1080 and GTX 1070.

According to Nvidia, its new GTX 1080 card is faster and cheaper than its current top-of-the-line card, the $1,000 Titan X, and it’s roughly three times as power-efficient, too. While the GTX 1080 will offer a powerful alternative to the already formidable GTX 980, the GTX 1070 is set to replace the value-for-money GTX 970 card. The impressive Titan X is expected to lag behind the new GTX 1080, according to insiders from the company. Both graphics cards will bring a significant performance increase to the table, and sport unrivalled power efficiency.

Graphics cards based on the GTX 1080 will be available worldwide on May 27, with an official starting price of $599. The processing behemoth will be available in two models. Similarly, the GTX 1070 cards will go on sale June 10 starting at $379. There will also be “founders’ editions” of both cards, promising extreme overclocking, for $699 and $449 respectively.

“Right now 1080 is simply the fastest card in the world because it’s based on new Pascal arch and our GP104 GPU,” Nvidia told Digital Trends.

There are several reasons to expect faster performance from the new cards. Nvidia uses a new microarchitecture called Pascal in the GPUs (graphical processing units) for the cards.

Microarchitecture is the design of the processor’s electrical circuitry. The GTX 1080 is faster than two GTX 980 cards running together using SLI technology. Like the P100, it’s built with a lean manufacturing process called TSMC 16nm FinFET, which may not affect performance, but does minimize waste. The tinier size of the node is essential to making the card work harder while consuming less power. While faster Micron GDDR5X memory is used on the GTX 1080 resulting in an impressive 10Gbps memory pipe, the GTX 1070 uses the standard GDDR5 memory components.

The GTX 1080 is the “largest GPU endeavor, largest chip endeavor, largest processor endeavor, in the history of humanity,” said NVIDIA CEO Jen-Hsun Huang. He added that the R&D budget for the new card was “several billion dollars” over the span of more than two years. “I’m pretty sure you can go to Mars [for that],” he said.

Nvidia claims the Pascal GPU’s efficiencies enable boosting the GTX 1080’s clock speed to 2.1GHz, almost twice as fast as the GTX Titan X. Despite this speed boost, heat buildup is minimized. In a real-time demo, Nvidia showed the GTX 1080 running under load with a maximum temperature of just 67 degrees. Huang indicated this is the highest speed that any previous GPU has ever achieved with even liquid cooling.

Nvidia also announced three new software features for the cards. The new capabilities include in-game screenshots, VR audio capability to place sounds dependent on movement and position, and a multiple viewpoint capacity to render and display up to 16 simultaneous viewpoints on multiple monitor setups.

While Nvidia’s new Pascal-based GPU GTX 1080 and GTX 1070 may sound like huge advances in technology, only its lab testing will tell the final story.