This ‘ghost phone’ screen can be seen using only smart glasses

How would you like your smartphone to be read only by you through a set of glasses. If somebody else views it, he/she could see just a blank screen but you can see all the Apps through smart glasses. Is this possible? Yes it is! A Turkish inventor has created a ‘ghost phone’ that can only be seen using smart glasses. In other words, the messages on your smartphone are meant for your eyes only. The smartphone has an altered screen combined with glasses and the display appears to be white to the naked eye with no content.

The thought came to Celal Göger from Diyarbakir, Turkey, when he was going around on crowded public transport in Istanbul, and felt strangers’ eyes looking over his shoulder at business messages on his smartphone. He then decided to create a way to hide iPhone information using a special screen used with glasses. 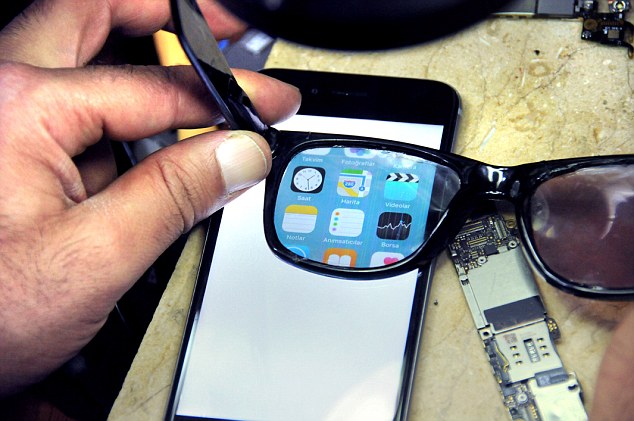 He came up with the ‘ghost phone’ in just four months, which he wants to name C.COGER I. The smartphone is altered utilizing a chip which makes the screen look white. A second chip in a pair of glasses then interfaces with the smartphone, making the screen noticeable to the wearer. 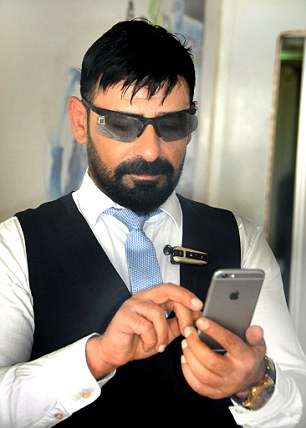 In spite of growing up in a small village without no electricity, Mr Goger has a technology studio where he invented this way of concealing his screen from others. 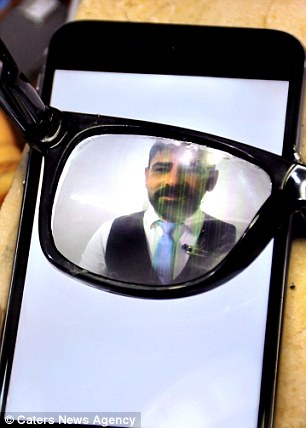 Mr Goger said: ‘I think I was born in the wrong place at the wrong time.

‘If I had been born in the UK I think I would have gotten a lot more support to move this project forward and start mass production of my invention.’ 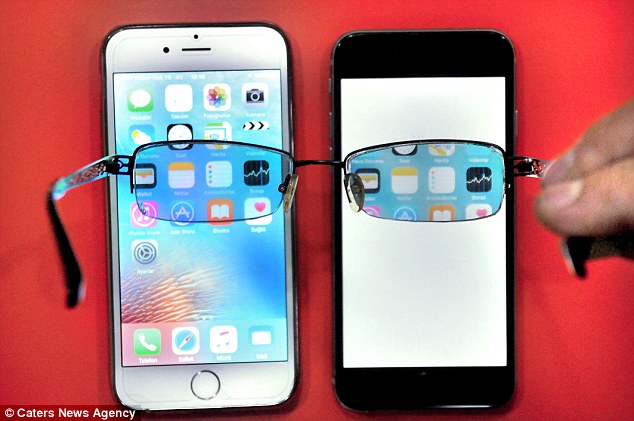 ‘On the off chance that I had been conceived in the UK I think I would have gotten significantly more backing to advance this anticipate and begin large scale manufacturing of my development.

‘Somebody’s telephone is an exceptionally individual thing and I believe it’s amazingly discourteous when other individuals gaze at it. 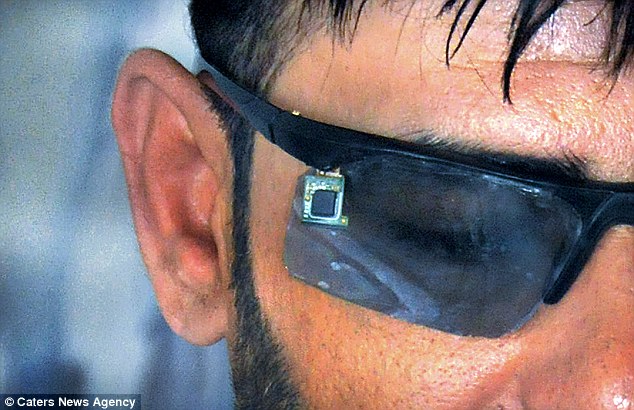 ‘When I completed my innovation I began educating individuals concerning it however no one trusted me.

‘They thought it must be some sort of enchantment trap until they saw my development which left them totally gobsmacked.

‘In the event that I can get financing I am wanting to take this anticipate advance and introduce an on/off catch on the telephone which implies that the client chooses whether to actuate the capacity.’

No other details have been disclosed about exactly how the device works, and Mr Göger has yet to reply to MailOnline for comment.