Know How To Install Any Linux Distro On Your Chromebook

There are chances that you would find your Chromebook has limited use in terms of apps and games and you may wish to upgrade it to some other operating system. Chromebooks are powered by Chrome OS which itself is a fork of Linux created specially for this purpose by Google. However, Chromebook has a limited repertoire of games and apps considering all Chromebook Apps have to be run on Internet.

We will be teaching you to install Solus distro which seems to be made to order for Chromebooks. The great thing about Solus is that it looks similar to Chrome OS. So, you will not only get the looks of it, which you can fully customize as per your requirement, but also the entire power of a steady, fast, full-featured, and now rolling release Linux operating system.

Note : The tutorial will work as well with any other Linux distro.

Before you get started, you should be aware about a few things. Firstly, if you follow the next instructions to install a GNU/Linux distribution, it will remove your Chrome OS installation. However, by using numerous methods provided by Google on their support website, you can recover it later.

Secondly, you will have to press the CTRL+L keyboard shortcut every time you want to access your new Linux operating system. Last but not the least, you will need to have a Chromebook with Intel hardware, not ARM. Also, you will not see any bootloader with some Chromebook models.

The guide provided in this article was tested by Softpedia on an Acer C740 Chromebook. Firstly, you need to decide which distribution of Linux you want to use, download the latest ISO image (ensure that it’s a Live ISO with a graphical desktop environment) and write it on a USB flash drive. Insert the USB stick on your Chromebook.

Open your Chromebook and shut it down. Now, press and hold the ESC and Refresh keys on your Chromebook’s keyboard, and then press the Power button for a few seconds until you see a warning screen. Press the CTRL+D keyboard combination immediately to start the developer mode, which should take a few minutes.

Once the developer mode is enabled, you will be asked to enter your Chrome OS credentials. Then, everything will be synced back to your Chromebook. During this time, press the CTRL+ALT+T keyboard shortcut to open the developer mode’s terminal. There, type the shell command and hit Enter.

Now, run the sudo crossystem dev_boot_usb=1 dev_boot_legacy=1 command and hit Enter. Ensure that the USB stick with the Linux distro you want to install is still plugged into your Chromebook. Shut down the machine. Restart it, and when you see the warning screen again, quickly press the CTRL+L key combination to boot from the USB drive.

Booting from the Live USB and installing the Linux operating system

The GNU/Linux OS should now load from the USB stick and in about one or two minutes, you should be able to view the live session. Connect to the Internet and install the operating system like you would basically do on any other computer. Shut down the computer once the installation is finished. Remove the USB drive and power up your Chromebook, rapidly pressing the CTRL+L keyboard combination.

Your new GNU/Linux distribution should now start. You are done! To again remind you, please note that the SeaBIOS open source implementation of a 16bit x86 BIOS, that should let you select which device to boot cannot be seen on the Acer C740 Chromebook. So, there are chances that this could occur on other Chromebook too. 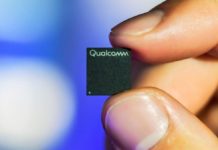 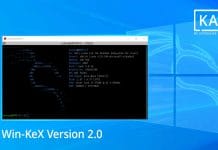