Researchers want to make an open-source 25-core processor into a 200,000-core chip. How will these researchers be able to achieve such a feat? By cramming in a total of 8,000 64-bit Piton chips. The feat is not going to be achieved so easily, but that’s where the advantage appears for Piton. Piton’s perk is that it’s easily scalable and will have to ensure the giant collection of cores are in sync when processing applications in parallel.

The birth of Piton was given at the Hot Chips conference where the idea was to design a chip that could be used in large data centers that handle social networking requests, search and cloud services. The response time in social networking and search will depend upon the horsepower of servers in data centers. Piton is one such rare open-source processor based on the OpenSparc design that will be able to make this happen. 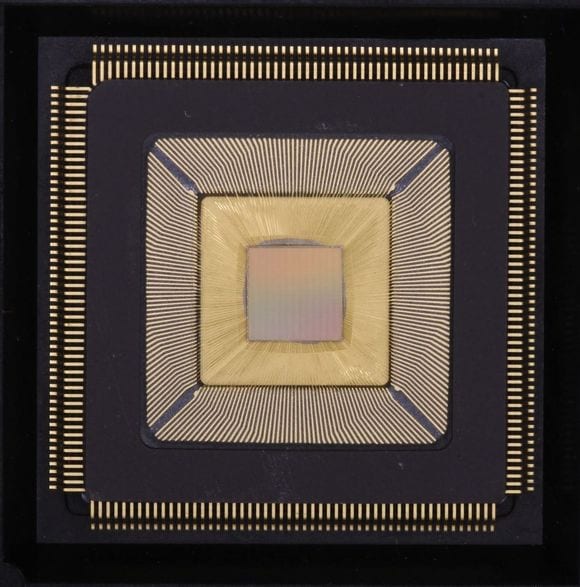 So here’s how the 25-core processor will be able to scale up to 200,000 cores. One Piton chip has 25 cores broken up in five lines, which is more commonly known as a mesh design to people that are familiar with the matter. Each core will be operating at a speed of 1GHz and multiple chips in an array can be chained through use of a bridge that sits on top of the chip structure. The bridge also links the chip to DRAM and storage.

While processors using a mesh design is not a new approach, here’s is what’s unique about Piton. Its distributed cache and unidirectional links that would pull all cores together in a large server. Each core has 64KB of L2 cache, which totals 1.6MB for the chip. A mini-router in each core facilitates fast communication with other cores. Each core also has a floating point unit, mostly for large-scale parallel computing. According to the researchers, Piton will become the largest chip in existence, with 460 million transistors and has been made using IBM’s 32-nanometer process.

There’s no actual release date of the processor, signifying that it could be in prototype phase right now.