“No network coverage, emergency calls only” On your smartphone! What does it even mean? How can calls be made if there is no network at all?

Smartphones have become a necessity of our life. Today, mostly all of us own an Android smartphone or an iPhone depending on her/his choice. Though you may be using the mobile phones for many days, most probably there would be many things which were unknown to you. Two things that would give even the soberest person out there a little bit heartburn are seeing the  “low battery” and “no network coverage“ on their smartphone.

While we have covered the low battery issue many times on Techworm, we have not explained the meaning of No Network Coverage.

All of us own smartphones of different varieties like Android or iPhone but one thing is common in them. When you don’t have a network you will be presented with a screen called ”No network coverage, emergency calls only” 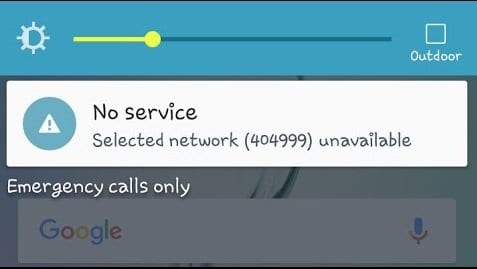 We have all experienced this screen and it all gives us that annoying feeling. However, how many of you know How Can You Make An Emergency Call When There Is No Network?

Here is the answer

Let’s start with the basics. To make a phone call from any smartphone, the essential component required is a Network tower. The network towers that dot the landscape are essential components of a mobile call. As soon as you press the ‘call’  button, your phone releases a signal, and the nearest network tower will catch it. In the next step, these signals are transmitted to the destination tower and finally to the person to whom you are making a calling. In this way, we are able to talk with another person through a mobile phone.

But this is possible only when phone signal strength is good. In case your smartphone can’t receive a good signal, it throws up the emergency calls only message. While you may have seen this message,  you may have been under the assumption that emergency call doesn’t require any phone signal. Well, this is not quite true.

However, these emergency calls can be made only to select emergency numbers.

911 is an emergency number in North America whereas 112 is the emergency number in the United Kingdom. Upon dialing this number, the telephone will link the caller to an emergency dispatch center called  Public-Safety Answering Point (PSAP) by the telecom industry—which can send emergency responders to the caller’s location in an emergency. You can use this emergency call service if you witness a crime, want an ambulance or want to report a fire incident.

In short, any mobile using GSM standard works this way..

However, there is a catch. You cannot make emergency calls from an area that does not have GSM coverage. Like remote areas in third world countries or uninhabited areas in Antarctica or Iceland. It works only when at least one of the network service provider signal is available.

The service providers are bound by to provide emergency call service to you, the mobile user. The law requires that any tower receiving a call for the emergency number (911 in the US) must handle the call – whether the phone is registered on the network, whether the phone has been reported stolen, whether anything.      As with most communications services (like FCC regulations), the safety of human life is paramount, and it takes precedence over anything else.