Can an Algorithm Save 500,000 People a Year? According to Zebra, it Can

Zebra Medical Vision, an organization dedicated to creating machine learning diagnosis mechanisms, claims to be able to save over 500,000 Americans every year. They have developed a set of algorithms they claim can help detect under-diagnosed medical conditions. These diseases are precursors to a host of life-threatening cardiovascular conditions. These algorithms are used to identify anomalies in MRI scans and other medical imaging scans.

The company recently unveiled two separate algorithms. One is dedicated to identifying cardiovascular diseases and the other dedicated to detecting metabolic problems (specifically in the liver). Zebra claims their algorithms can detect plaque buildup in both a patient’s liver and arteries more efficiently than technicians can, thus significantly improving the diagnosis rate. 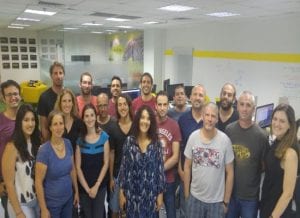 According to the team at Zebra, either of these algorithms on its own can be used to detect patients who are at risk to various conditions such as fatty liver and NASH, but much like Captain Planet, with their powers combined, these algorithms can do a whole lot more. According to Zebra’s experts when you combine the two algorithms together you can predict major cardiovascular events before they happen, which can help caregivers prescribe preventative medicine to patients at risk.

If they can do all that, it could be amazing, but it could also be scary. While saving lives, Zebra also mentions these tools can be used by major insurers to detect their “level of risk” when insuring a patient. This might concern those found at risk by these algorithms, who could have a more difficulty finding insurance that will cover them.

The folks at Zebra say algorithm based diagnosis tend to be more accurate and generate less false negatives than technician based diagnosis, though they make it clear that these algorithms are presented as tools to caregivers and are not supposed to replace them. Zebra plans to create 100 new insights over the next three years, making MRI-based diagnosis more and more accurate. The question then becomes: once machine learning medical algorithms become more powerful, will we still need human doctors and technicians to diagnose and treat us, or will they fall by the wayside just like bank tellers and bowling pin arrangers?