Microsoft was dealt a serious blow by the UK consumer watchdog when it asked the tech behemoth to pay compensation to customers who bricked their PCs when upgrading to its new software Windows 10.

Microsoft had released its latest operating system, Windows 10, last year amidst much fanfare. But ever since the company released the software last year it has been plagued by complaints, with customers claiming their computers upgraded without their permission and, in some cases, completely stopped working.

Based on such complaints from British citizens, the UK consumer watchdog, has told Microsoft to “honour consumers’ rights” and compensate those who have suffered from problems, including lost files, email accounts no longer syncing and failed WiFi connection.

Similar complaints were noticed in United States as well. In fact, Microsoft had to pay Teri Goldstein $10,000 in compensation after a failed Windows 10 update left her computer unusable for days. However, it has been accused of neglecting to Windows 10 users in other countries, who have experienced similar problems after upgrading.

A spokesman for Microsoft said: “The Windows 10 upgrade is designed to help people take advantage of the most secure and productive Windows. Should a customer need help with the upgrade experience, we have numerous options, including free customer support.” 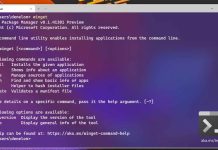