When one of the biggest democracies in the world makes a claim saying no computer is safe, there shouldn’t be an ounce of doubt about it!

In a surprising New Year Eve event, President-elect Donald Trump warned guests at his annual party saying ‘no computer is safe’ and proposed people should send handwritten letters instead of emails to keep confidential and sensitive information safe.

Security experts in the industry have long been proposing the idea of using alternative means other than heading online to share sensitive information. Donald Trump asserts that he rarely uses emails or electronic devices to share intricate information with others. Mr. Trump says: “If you have something really important, write it out and have it delivered by courier, the old-fashioned way because I’ll tell you what: No computer is safe.”

When the President-elect of the United States of America makes that claim, you best believe it. It’s not the first time Mr. Trump has spoken about Cybersecurity. He has persistently questioned the potential vulnerabilities of computer networks and if they can be protected from prying eyes. Cybersecurity experts believe Mr. Trump’s comments could turn over a decade worth of cyber security policy and put the government and private data at risk.

Mr. Trump claims he knows a lot about hacking. He further adds that since hacking is a very hard thing to prove, he can’t point fingers at other agencies.

“The whole age of computer has made it where nobody knows exactly what’s going on. We have speed, we have a lot of other things, but I’m not sure you have the kind of security that you need.”

The above comment by Donald Trump makes it clear why security experts keep on emphasizing the use of privacy tools to enhance their online presence. The question arises, with the increase in cyber attacks and hacking all over the world, which tools should one resort to?

With so much of our traditional lives depending on digital tools, one can simply not shut down their online presence and remain detached from the world. Going online and remaining safe demands privacy tools, which make your online presence bulletproof. The best tool for that matter is to employ the use of a Virtual Private Network aka VPN.

A VPN is a private secure network that channels your internet traffic through its encrypted secure tunnel, keeping you away from snoopers. With a VPN, you can mask your real IP and connect to an IP of a different country, making it look like a resident of the respective country. Most importantly, a reliable VPN like PureVPN employs encryption algorithms which convert your emails, messages, and your entire online traffic into cipher codes that are impossible to break into.

With a top-notch VPN in hand, your device’s network is strengthened, making your online presence invulnerable. Since electronic devices are a constant target, a VPN will serve as a useful tool whether you’re at home or on the go! 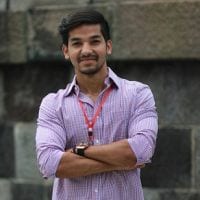 Bio: Ather Owais is a tech and cyber security enthusiast. He follows technological trends and their impact in today’s digital era.