DOS or denial of service attack is a very dangerous attack because it takes down the server (computer). AnDOSid is a tool designed only for security professionals to let them carry out a DOS attack (HTTP post-flood attack to be precise). It is used to perform a DOS attack on websites or web servers using the Android smartphone.

Note that this tutorial is for self-network stress tests and should not be used against websites. AnDOSid is so powerful, that you can even use it to take down web servers. This kind of activity is illegal in almost all the countries so using it to launch DDoS attacks can land you in jail.

How To Use AnDOSid App

2.  Install it on your device. 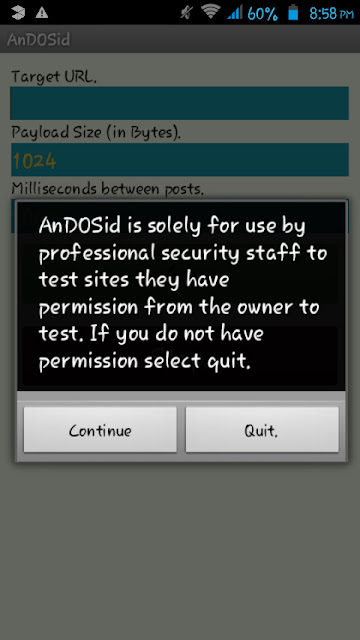 4. Tap on the continue button. You will see the tool’s main page: 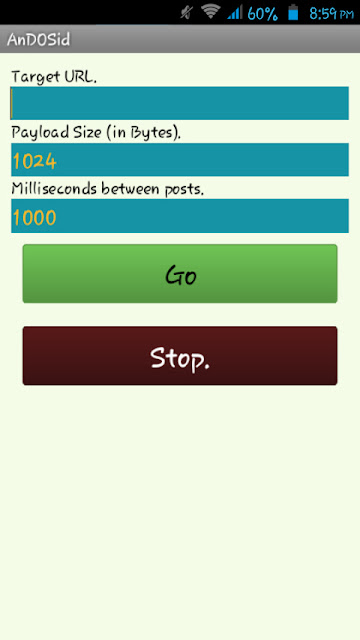 5. Enter the URL of a target website in the “Target URL” field. For example, https://www.yoursite.com

8. Tap on the “Go” button to initiate DoS attack/stress testing. Whenever you want to stop DDoS attack, tap on the “Stop” button.

Use the tool to conduct stress tests on your network or website. Never use it on any other website as DDoSing is illegal and can land you in prison.
Also read: Top 10 Best Android Hacking Apps And Tools For 2017

Hackers can remotely steal any number of fingerprints from Android smartphones

Flaw in Google Play can be used to install any App including Trojans without user consent, Google says it has been fixed