The innards of Nokia 6 revealed in a tear-down

Once known as the king of feature phone, Nokia is definitely enjoying it re-entry in the smartphone arena by creating the right kind of noise with Nokia 6 after almost a decade.

Following its short-lived liaison with Microsoft, the iconic Finnish company is gearing up to unveil more Nokia Android-powered handsets at the Mobile World Congress (MWC) event this month in Barcelona. 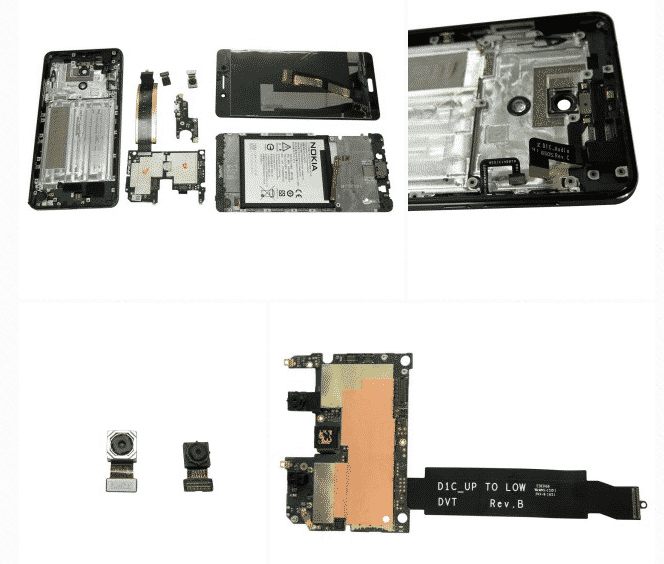 However, the company’s first new Android device ‘Nokia 6’ has now been detailed in a new report by Nokiapoweruser with images. Giving us a glimpse of the innards of Nokia 6, the device is powered by Qualcomm Snapdragon 430 chipset coupled with 4GB RAM and 64GB of internal storage. The dual-SIM Nokia 6 smartphone comes with a 3,000mAh non-removable battery that can last enough for a day. It has 16MP rear camera with f/2.0 aperture, phase detection auto focus, and dual-tone flash, as well as an 8-megapixel front camera with f/2.0 aperture, which supports wide-angle selfies.

Nokia 6 is the only official Nokia Android smartphone yet. It is currently available for purchase only in China and exclusively on JD.com, the online Chinese retailer that has exclusive rights for the device. Over a million people have also reportedly already registered their interest in buying the phone on JD.com. The Nokia 6 has sold out twice on JD.com in what appeared as flash sales.

Currently, the Nokia 6 is available for 1699 Yuan (around $247), which puts it much below the price of other flagship devices on the market. It is also rumoured that Nokia 6 could very soon be arriving in Europe after the device appeared in Russian regulatory filings.

Of all the devices to be unveiled at MWC 2017, the most awaited one is the high-end and most powerful Nokia P1. The device is expected to feature a 5.3 inch display along with Corning Gorilla Glass 5 protection. The smartphone may come up with 6GB of RAM and 256GB of in-built storage. There are also rumors of 128GB storage option as well. It is also alleged that the Nokia P1 could be powered by Qualcomm’s Snapdragon 835 processor and will come with a huge 3,500mAh battery.

Keep watching this space for more information on the upcoming devices to be revealed by Nokia at MWC 2017.