Programming is one of the best career choices for students giving you high paying job openings in tech companies like Google, Facebook, Uber, Oracle etc. Programming can never be drab or dull. It presents newer challenges every day but sometimes it little frustrating especially on coders who suck at typing.

One of the basic requirements of coding is typing. If you are a programmer you will by now have typed in countless lines of code. Yes, typing can be frustrating. If you find yourself bottlenecked on typing while programming, it’s a signal that you should stop what you’re doing and write some automation or abstraction. Sometimes you can just structure a program so that it requires less typing — almost always a good thing. Or you can always learn to type in the programming language that you are specializing in.

Amandeep has come up with a unique web app called Speedcoder which makes typing fun, especially for new programmers. While there are hundreds of websites offering online typing practice and tests, Amandeep’s Speedcoder is unique because it has especially been created for programmers.

Preparing a custom typing interface for each and every programming language there is, can be tricky. Amandeep has done just that. He has made separate interfaces for different programming languages and included almost all popular coding languages in the App. Right now, Speedcoder has C, C++, C#, Python, HTML, Ruby, Java, CSS, Perl, JavaScript, Haskell, and PHP.

Speedcoder already has static inputs of that particular language that you want to practice making it easy for the programmer to concentrate on coding rather than speed and accuracy. Amandeep plans to add keyboards layouts like COLEMAK, WORKMAN, AZERTY in near future.

Speedcoder also allows users to add their own custom code and practice their own programs. Best of all, Amandeep’s Speedcoder is free and open source for others to chip in. 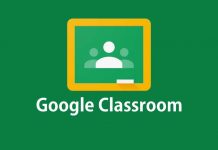 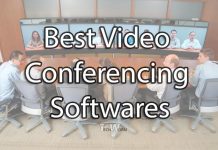