It seems that law enforcement authorities and media entities have suddenly turned the heat on torrent websites and movie streaming sites. First, we had the Australian ISP ban on popular torrent websites like The Pirate Bay, RARBG, ExtraTorrent and movie streaming sites like SolarMovie. Then the United Kingdom ISPs started sending warnings to torrent users. This was followed by domain name suspension of Putlocker and now we have registrar suspending Pubfilm.com and other Pubfilm domains. 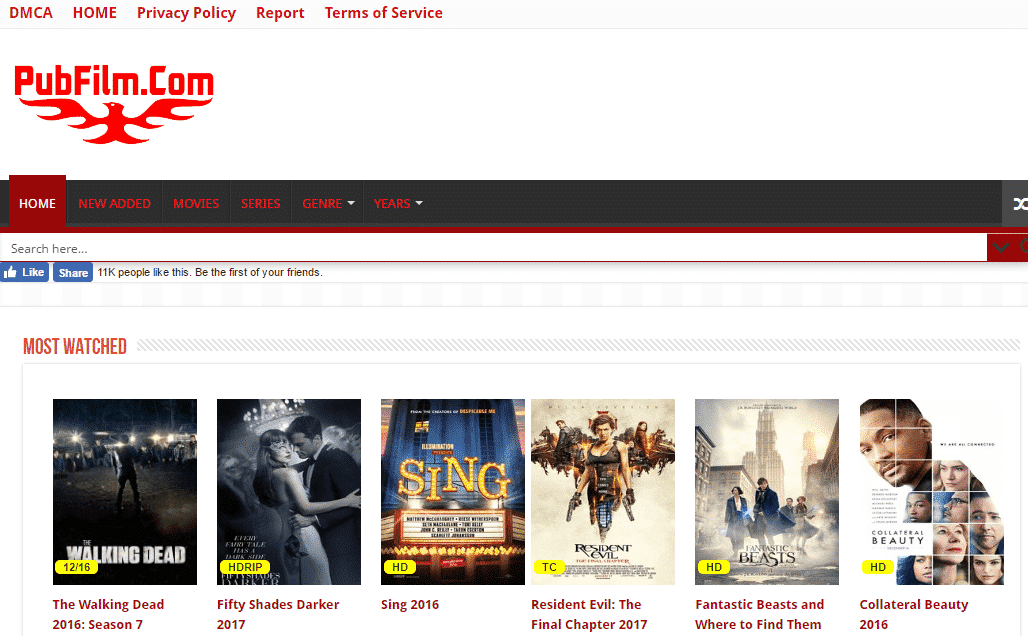 After the registrar blocked Pubfilm.com, the admin of Pubfilm immediately moved to a new domain Pubfilm.ac. They also announced the change of the domain on Facebook. “Pubfilm have changed to a new domain its pubfilm.ac or pubfilm.is. Sorry about that. Thanks for your patience,” the site’s operator announced in a Facebook post last week. Torrent Freak reports that the Pubfilm admin is also running an AdSense campaign to popularize the new Pubfilm.ac domain. All this is necessary as Google has stopped listing torrent and movie streaming websites in its search results.