For the first time ever, Windows, the most popular operating system has been dethroned by Android, a report by web analytics firm StatCounter has revealed.

Thanks to the growth of smartphones to access the internet, a decline of traditional desktop and laptop sales and the influence of Asia on the global market, that helped Android top as the global end-user operating system in March 2017. However, Android has not beaten Windows by much.

According to the report, Android topped the list with 37.93% market share, which puts it marginally ahead of Windows (37.91%) for the first time. In other words, Android has surpassed Windows by 0.02 percent for internet usage. It was followed by Apple’s iOS operating system for iPhones and iPads as the third most popular at 13.09%. 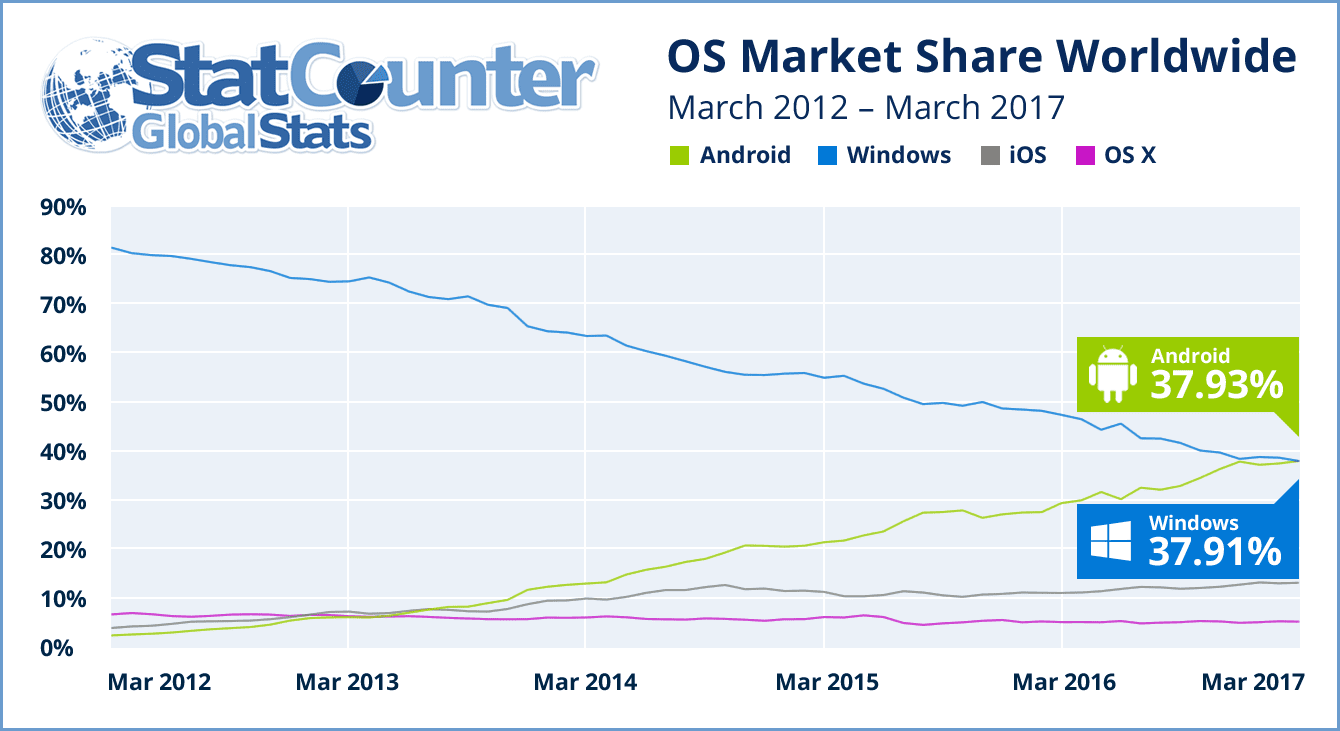 The data analysed by StatCounter was based on 2.5 million sites that claimed to have more than 15 billion monthly page views.

“This is a milestone in technology history and the end of an era,” commented Aodhan Cullen, CEO, StatCounter. “It marks the end of Microsoft’s leadership worldwide of the OS market which it has held since the 1980s. It also represents a major breakthrough for Android which held just 2.4% of global internet usage share only five years ago.”

However, Windows still continues to dominate the desktop OS market (PC and laptop) with an 84% internet usage share in March.

“Windows won the desktop war but the battlefield moved on,” said Cullen. “It will be difficult for Microsoft to make inroads in mobile but the next paradigm shift might give it the opportunity to regain dominance. That could be in Augmented Reality, AI, Voice or Continuum (a product that aims to replace a desktop and smartphone with a single Microsoft powered phone).”

While Windows is still the leader in terms of internet usage in North America and Europe, Android is the main operating system for web browsing in Asia.

Microsoft To Update Paint And Snipping Tool Through The Microsoft Store

Age Of Empires IV To Release In Fall 2021

Microsoft To Update Paint And Snipping Tool Through The Microsoft Store