A long drawn debate in the software industry has been the debate between tabs and spaces with programmers constantly arguing the pros and cons of using them. With many people believing tabs to be superior for code indentation while others sticking to their point that spaces are better for the same purpose.  The results of a recent developer survey might just add more fuel to the fire.

The survey intended to aggregate responses from professional developers, therefore, replies from students and people and former developers were ignored. The final group of respondents to the survey consisted of a little under 30,000 people of which, 40.7% said that they use tabs and 41.8% have replied saying they use spaces. The remaining have no strict preferences or use both tabs and spaces. The most interesting aspect of the survey however, came forward when the salaries of these people were analyzed. 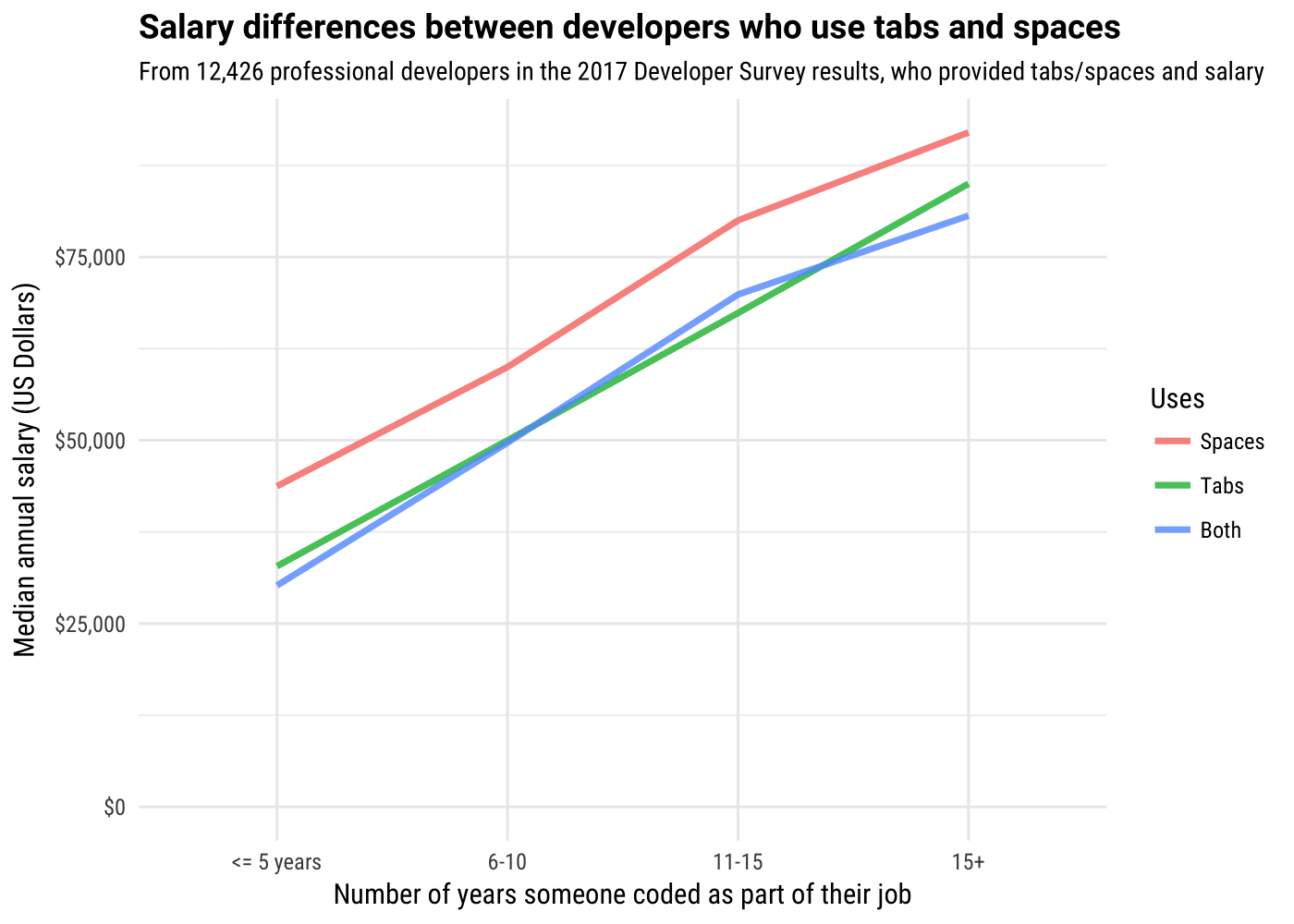 The above graph displays the variations of salaries of the people who responded to the survey and it is clear which category of software developers are earning higher. From the data, the median salary of developers that use spaces is $59,140 while that of developers using tabs is $43,750. To clear any confusion you might have, this data includes replies from developers across the globe and therefore contained salary amounts in different currencies. Those amounts were converted into US Dollars for the sake of simplicity.

There will obviously be questions raised against this data. What if the developers that use spaces belonged to a country that pays its developers higher ? Or if its the other way around, with developers in India who are paid lesser than their American counterparts tend to use tabs ? That would clearly affect the data to favor one particular country or region over the other. To ensure this wasn’t the case, the data was broken down and separated country wise and the results are plotted in the graph below. 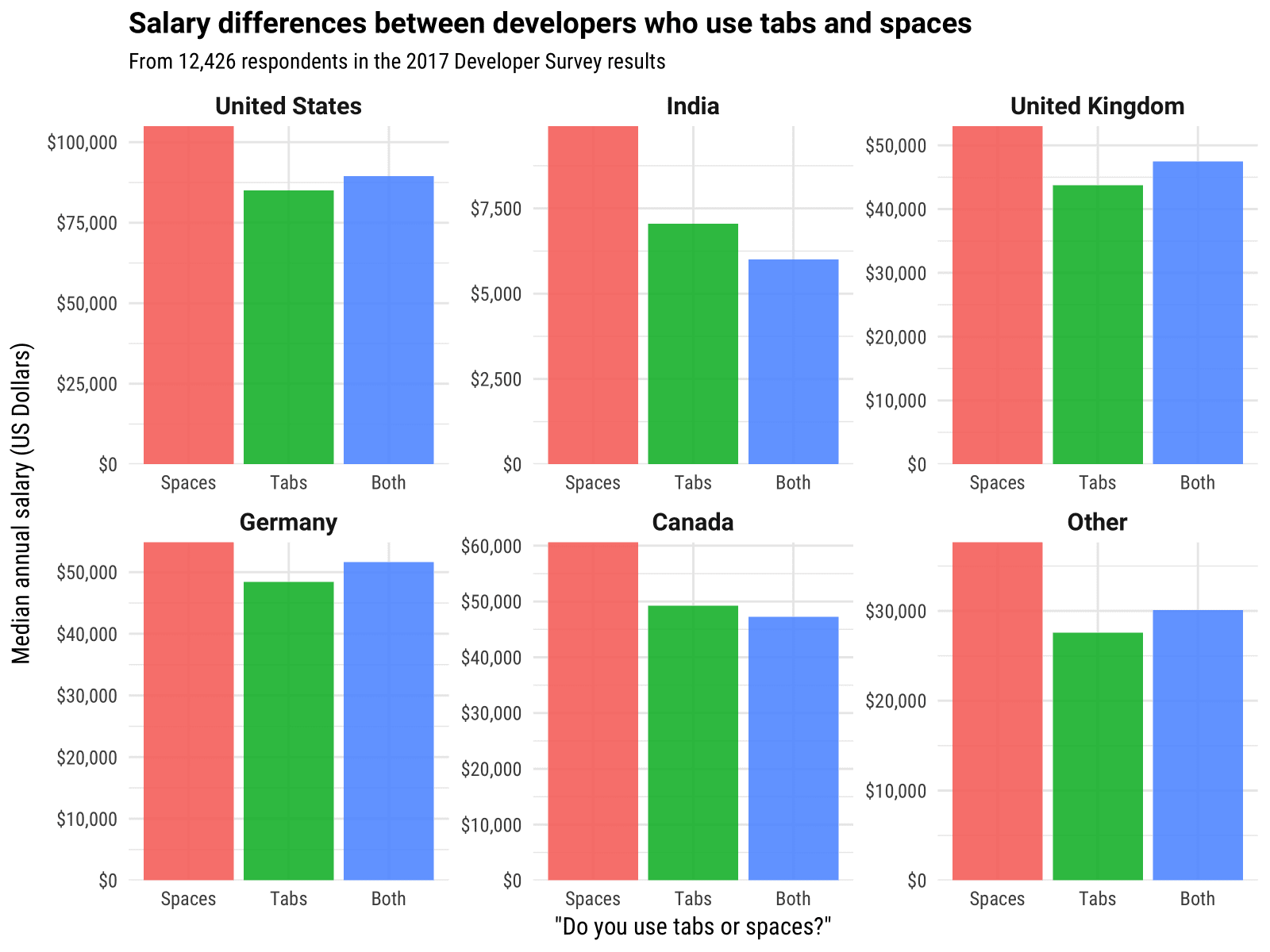 Surprisingly, even when separated on a country basis, the data still follows the same trend. Every country with a significant number of survey takers had the same response. The data was put under more scrutiny and broken down as per developer types of the survey takers. 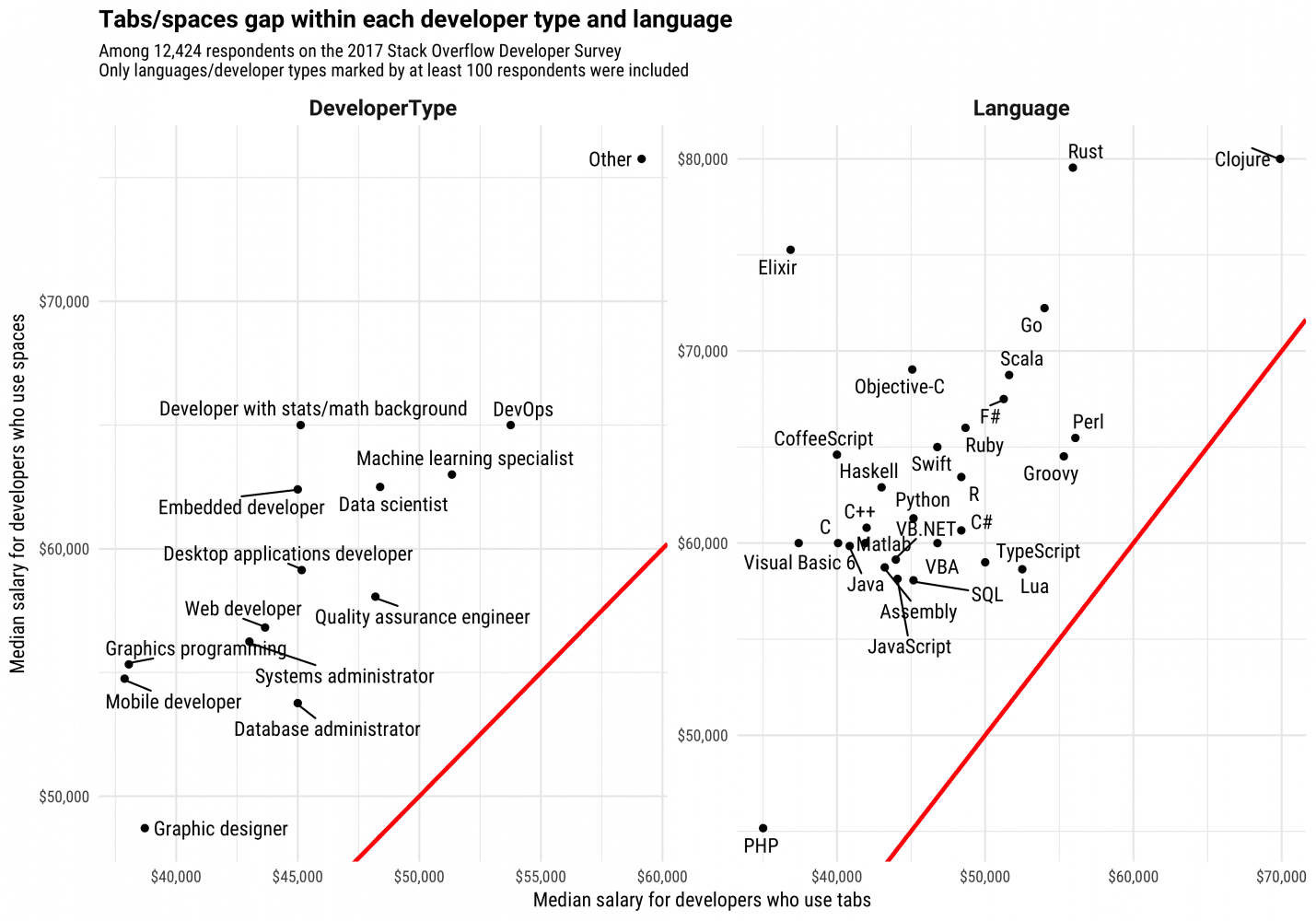 When you see the data plotted in the graph above, it becomes clear that even under these conditions, the data shows the same trend – developers using spaces tend to paid higher than developers using tabs. Overall, with every parameter considered, it can be said that in pure financial terms using spaces is equivalent to 2.4 years of additional experience.