Techworm readers get a special discount of 27%, hurry only 5 hours left

I will assume that most of you have never heard of a Himalayan Salt Lamp, let alone own it. If you have heard about it then you don’t know what you’re missing if you don’t have a Himalayan salt lamp in your home. It’s like having an open window – a softly glowing natural source of fresh, clean air – on your desk, in your living room, next to the bed, or anywhere you choose to put it.

Before we dive into dodocool’s Himalayan Salt Lamp offer, here are some interesting facts about why you should have a Himalayan salt lamp in all your rooms.

Who doesn’t like a whiff of fresh air? Especially those living in concrete jungles we call our cities probably need it the most. Himalayan Salt Lamps are probably the best-known source of anti-pollutants available in the market. They have the power to remove dust, pollen, cigarette smoke, and other contaminants from the air.

Himalayan salt lamps purify air through hygroscopy, meaning that they attract water molecules from the surrounding environment and absorb those molecules and with them all the pollutants in the air into the salt crystal. As the crystals in the lamp warm up from the heat produced by the light bulb inside, that same water then evaporates back into the air and the trapped particles of dust, pollen, smoke, etc remain locked in the salt.

Techworm readers get a special discount of 27%, hurry only 5 hours left

Himalayan Salt Lamps are a must have for everybody but especially those who suffer from Asthma, Chronic Cough or other respiratory diseases. Fresh air also energizes humans, especially after a long days work. The Himalayan salt lamps also neutralize the electromagnetic radiation that our rooms have due to different electronic gadgets thus leaving you fresh and cheerful. It also lets you sleep a blissful sleep without unwanted chemicals around.

Why should you buy dodocool Himalayan Salt Lamp?

dodocool guys have been at the forefront of bringing you best gadgets that you require for day to day needs like chargers, Bluetooth speakers, wireless speakers, USB hubs, Types-C hubs etc. Now they have launched their new product called dodocool Himalayan Salt Lamp and are giving a discount of 27% to a few lucky winners.

– Made of a 10W incandescent bulb with a lamp shade of Himalayan crystal salt.
– The heated crystal salt lampshade can absorb water and then evaporate, release the negative ions into the air, creating an effect similar to an ionizer and purifying the surrounding air.
– Plug right into the wall with no cords and messy wiring needed.
– The 3-prong plug is 270° rotatable and can be fixed at 0°/90°/180°/270° according to your comfort. 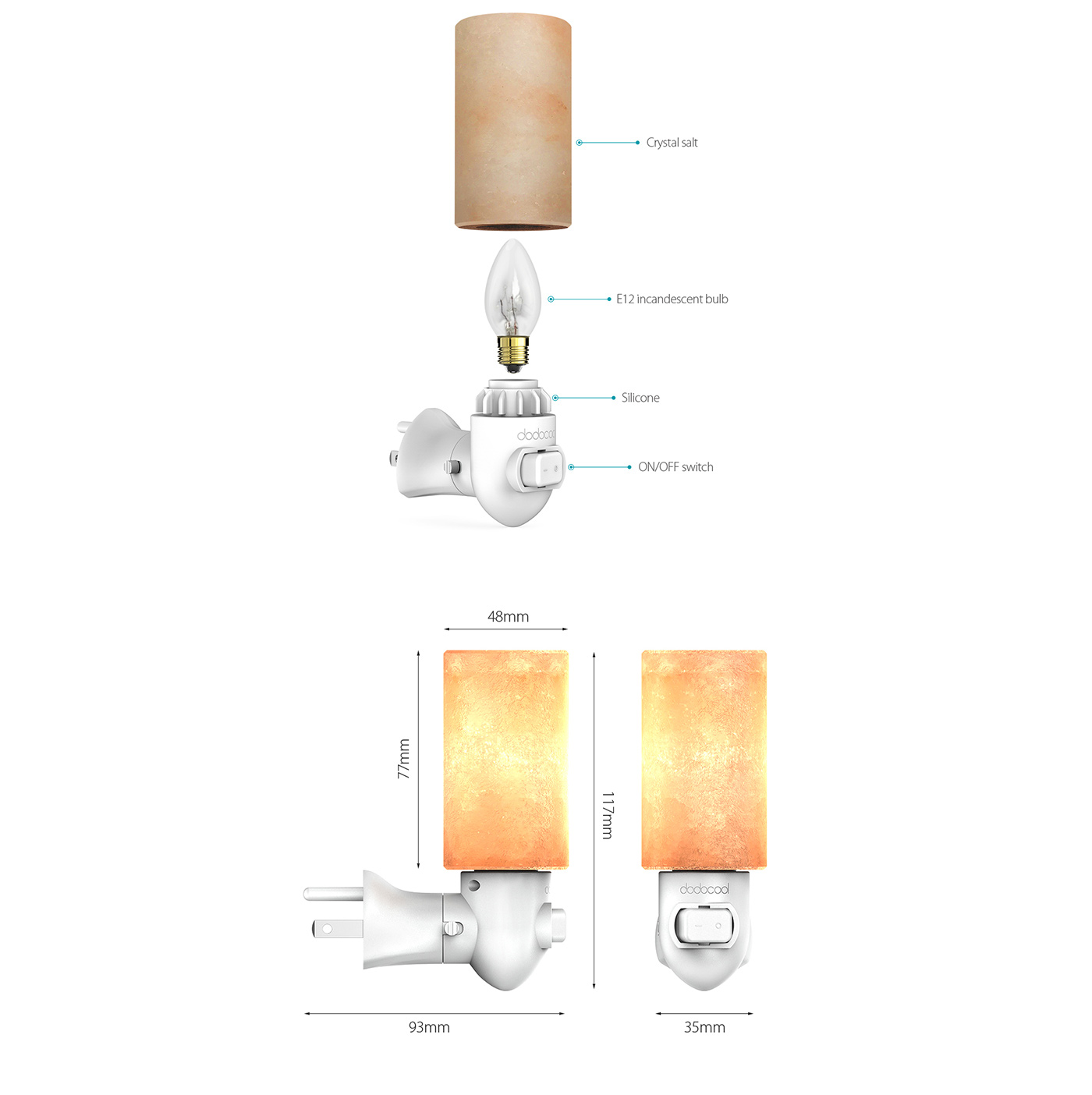 This is one device that every citizen who stays in a city, metropolis or a megapolis should have in their every room. Not only does it ionize the air, it creates a blissful environment by purifying the air around you.