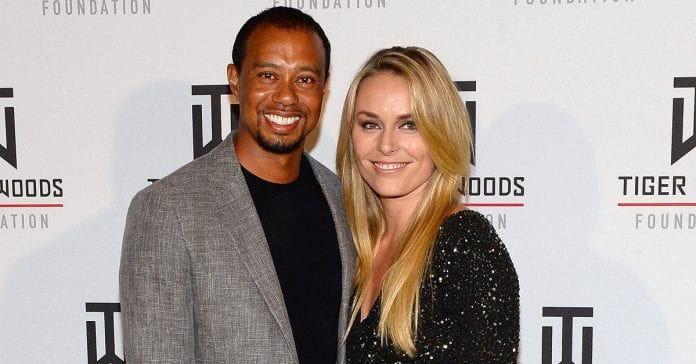 While Danielle has asked her lawyers to take legal action against the website hosting her NSFW images, other celebs like Miley Cyrus, Katharine McPhee, Kristen Stewart, Stella Maxwell are not all that worried about the leaks. But Lindsey Vonn, ex-girlfriend of ace golfer, Tiger Woods has taken a special umbrage at the leaks.

The ace Olympian skier who is a celeb in her own right was speaking out after a website published hacked private photos of her and her ex, Tiger Woods. The 32-year-old Olympic athlete said she will take “all necessary and appropriate” legal action against the hackers and the sites who published the graphic photos of her and Woods.

Lindsey’s spokesperson told the Big Lead, “It is an outrageous and despicable invasion of privacy for anyone to steal and illegally publish private intimate photos … She believes the individuals responsible for hacking her private photos as well as the websites that encourage this detestable conduct should be prosecuted to the fullest extent under the law.”

The hackers used the similar hacking tactics they used in 2014 by hacking into the iCloud account of Lindsey. Vonn and Woods dated until 2015. Vonn, who is currently preparing for the 2018 Winter Olympics, will certainly be affected by the unnecessary diversion to her training schedule. However, she is the only celebrity after Jennifer Lawrence to come out publicly against Fapppening hackers. While other celebs like Emma Watson announced they taking legal action over the publication of private photos, most others merely paid lip service to the hacking news. In December, “Pretty Little Liars” actress Lucy Hale spoke out against a private photo that was leaked.

“Once again, a woman in the public eye was violated, stolen from and her private life and body were exposed for anyone to see. I will not apologize for living my life and having a personal life that is all mine. It’s truly unfortunate that being exposed in this way is allowed,” Hale said.

The new set of Fappening 2.0 image leaks is certainly a mystery as the original Fappening 1.0 leaker who leaked NSFW images of 100 + celebs in 2014 is behind bars according to FBI. In January, a Chicago man was handed a nine-month prison sentence for his role in 2014 Fappening scandal.