In general terms, a hacker can be any computer expert who’s highly skilled in their field and can find new exploits and vulnerabilities in the system or network.

Depending on the field of work, the term hacker takes on a controversial and unethical meaning.

The image that comes to your head when you think of a hacker, is usually a back-hat hacker. Black hat hackers are the ones who violate computer security for personal gain and benefit or for pure maliciousness.

Whereas, white hat hackers are those who help organizations or governments by reporting the flaws, and exploits they find in the network or system.

Below are some of the most well-known black hat hackers.

Top 10 Hackers In The World (Black-Hat) Kevin Mitnick was once the most wanted cyber criminal in the world.

His obsession with computers spiraled into a 2 and a half year long hacking spree during which he stole corporate secrets from the companies like IBM, Motorola, and even the National Defense warning system totaling a few million dollars.

He spent 2 stints in jail for his crime and is now a white hat hacker. These two men were 21 and 17 respectively when they hacked into US military computers but that’s not the hack they’re known for. What could be a greater claim to fame than a US military hack?

A North Korea military hack. These are probably the only two hackers in the world that can claim they almost started a war. A Canadian hacker who was responsible for a series of cyber-attacks in 2000. The attacks consisted of a DDoS attack on major websites at the time including Yahoo, FIFA, Amazon, eBay, and CNN among others.

He code-named the attack as Project Rivolta which means riot in Italian and was caught when he boasted about the attacks in a chat room.

Although, him being in high school at the time aided in getting him just an 8-month sentence. Probably one of the first, if not the first person to use botnets. He started to work with botnets, a computer worm back in 2004 which would spread its network of infected computers that eventually led to US military computers being compromised.

Ultimately he had to serve around 60 months in prison for his actions & paid over $58,000 in fines. Going by the nickname Solo, he is a hacker based in Scotland who is credited with the largest known military computer hack ever. Going by the nickname AKILL, Owen was just 17 when he created a bot virus that managed to infect over a million computers across the world.

The botnet caused the computers to crash and is estimated to have caused a loss of $ 26 million. Although Owen was caught, he was released without a conviction. This is the only Black hat hacker on the list who has yet to be credibly identified.

In those years, he reportedly stole weapons technology data in 3D modeling from a company named Salt Group which was then sold for around $ 360 million. Branded the “Hannibal Lecter of computer crime” in the 80s by Los Angeles police, Kevin Lee Poulsen is an American former black hat hacker and a current digital security journalist.

His most notorious hack was a takeover of all of the telephone lines for Los Angeles radio station KIIS-FM, guaranteeing that he would be the 102nd caller and win the prize of a Porsche 944 S2.

He has also exposed more than 740 sex offenders online. Caught by the FBI in 1991, he pled guilty to counts of mail, wire, and computer fraud and also exposed info on a secret business run by the FBI.

He was given 51 months in prison (then the longest sentence ever given for hacking). He was also banned from using computers or the Internet for 3 years after his release. Perhaps one of the best hackers on this list ‘Albert Gonzalez’ is credited with stealing information of over 170 million credit cards and then selling that information online.

The total damage caused by his activities through identity theft has never been disclosed. He was sentenced to 4 decades in prison for his actions. 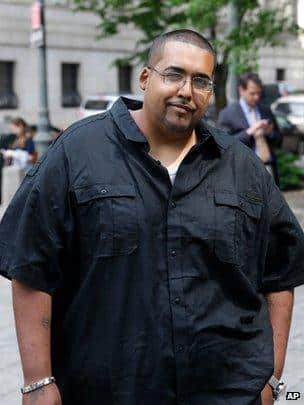 Hector Xavier Monsegur, also known as online alias Sabu is one of the most notorious American hackers. He co-founded the hacking group LulzSec.

Sabu and his hacking group mostly hacked for the lulz (fun). They targeted government websites and corporates to steal data.

Sabu later became an informant for the FBI and help them identify other hackers and LulzSec members. His original sentence of 26 years was cut short to only 7 months in jail for helping the FBI.