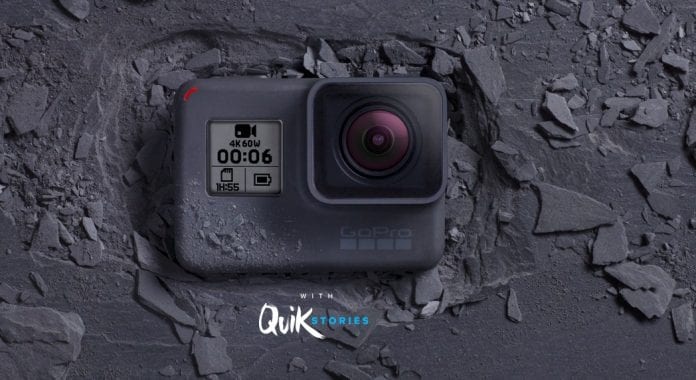 GoPro Hero 6 Black Price, Specs: All You Need To Know

GoPro, in San Francisco, California has unveiled its latest action camera, GoPro Hero 6 Black along with a few other products and upgrades for the adventure enthusiasts at $499 (approximately Rs.32,577) and is available for purchase now.

GoPro Hero 6 Black is an upgraded version of the Hero 5 Black series. The primary features are 4K video shooting options at variable frame speed ranging from 60 frames per second to 240 frames per second in full high definition 1080p. The gadget is powered entirely by a custom-designed GP1 processor, which adds computer vision and machine learning to analyze visual scenes and sensor data and create QuikStories. In addition, GP1 processor also aids in delivering the improved dynamic range and low-light performance. Other feature includes a 12MP camera, touch zoom and voice control options in 10 different languages, GPS Chip, 2 Inch LCD display at the back side, waterproof up to 10m, advanced video stabilization, and 5GHz Wi-Fi.

Moreover, this device is also integrated with Fusion camera, which enables 360-degree video shooting, and can create 5.2K spherical videos at 30fps and 3K at 60fps. In addition, availability of GoPro app facilitates in playing they shot videos and share footage as VR content.

Other versions such as GoPro Fusion will be available later probably in November 2017. Whereas, GoPro’s Karma drone has a new software update. The drone features a GPS-enabled Watch and Follow modes. These features facilitate a user in keeping the drone hovering around a targeted subject & shoot within the frame.