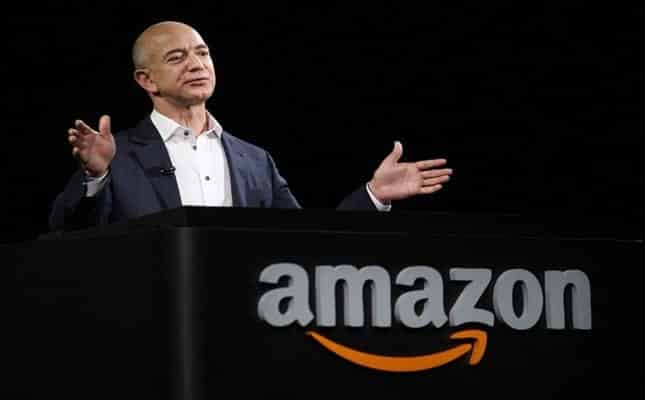 Black Friday wasn’t that black for Amazon’s founder and CEO Jeff Bezos, as he went on to become the newest member of $100 million club surpassing Microsoft’s Bill Gates almost by $11 billion on the Bloomberg Billionaires Index, which tracks the world’s 500 wealthiest people and updates them daily.

For those unaware, Black Friday is the day following Thanksgiving Day in the United States, which marks the unofficial beginning of the Christmas shopping season. All retailers in the country, big and small, offer various sales including limited amounts of doorbuster/doorcrasher/doorsmasher items to entice potential shoppers.

As a result, the largest online retailer, Amazon this year saw its online holiday sales increase by 18.4 percent more compared to last year’s, reported Bloomberg. This is turn helped increase Bezos’ fortune by $2.4 billion to $100.3 billion and rose Amazon’s shares by more than 2 percent making him only the second person in history to have crossed the $100 billion mark. The only person who has been able to cross the $100 billion mark in the past was Microsoft’s co-founder Bill Gates in 1999.

The net worth of Bezos had seen a jump of $32.6 billion this year up until last Thursday, with the additional $2.4 billion landing in his pocket.

Bill Gates’ current wealth is estimated at $86.8 billion, but analysts say he would have a net worth of about $150 billion had he not given away some 700 million in shares in Microsoft and donated 5 percent of his net worth after re-inventing himself as a philanthropist.

On the other hand, Bezos has been giving away Amazon shares worth about $500 million every year since 2002. This year in June, he tweeted a request for short-term philanthropic ideas aimed at helping people with his fortune.

He wrote: “I’m thinking I want much of my philanthropic activity to be helping people in the here and now — short term — at the intersection of urgent need and lasting impact.” However, there were no clear immediate charitable plans.

His tweet garnered more than 22,000 likes and almost 50,000 comments with suggestions as to how he could make a difference.

Until date, the Amazon founder has not disclosed if he has shared any of his fortune.