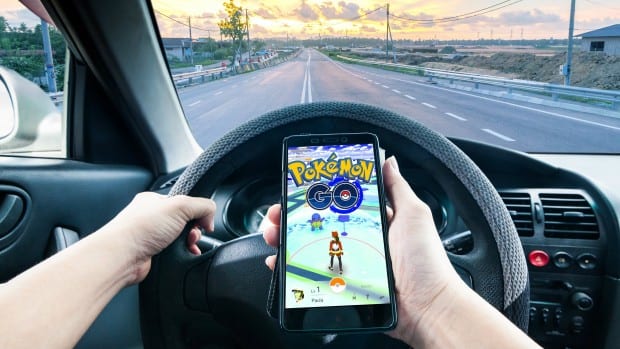 Pokémon Go caused accidents and deaths and billions in damages

The popular mobile augmented reality app, Pokémon Go has caused deaths, a significant increase in car accidents and millions of dollars in damages since its launch in July 2016, according to a study by researchers at Purdue University, Indiana.

For those uninitiated, Pokémon Go is a free mobile game that allows people to catch, train and battle their Pokémon ‘in the real world’ by walking outdoors and interacting with other users. Players can also pick up supplies at real-world landmarks that serve as ‘PokéStops’ in the game.

The two authors, Mara Faccio and John McConnell of Purdue University, Indiana who have prepared a report titled ‘Death by Pokémon Go’ have blamed the game for “a disproportionate increase in vehicular crashes and associated vehicular damage, personal injuries, and fatalities in the vicinity of locations, called PokéStops, where users can play the game while driving.”

They examined 12,000 detailed police reports between March 1, 2015 and November 30, 2016, which included time, date, location, value of damage and whether there were injuries or deaths in the first 148 days after the game was released on July 6, 2016 in Tippecanoe County, Indiana. Around 134 crashes at the locations in the county could be attributed to Pokémon Go, in comparison to 286 crashes that took place in the county over the same period.

“We estimate the total incremental county-wide cost of users playing Pokémon Go while driving, including the value of the two incremental human lives lost, to be in the range of $5.2 million to $25.5 million over only the 148 days following the introduction of the game,” within the state alone they wrote in the report.

Further, they estimated that damages incurred as a result of playing the game across the U.S. could range between $2 billion and $7.3 billion over the same period.

“Thus, the increase in crashes attributable to the introduction of Pokémon Go accounts for 47 percent of the increase in the total number of county-wide crashes,” the researchers wrote.

This accounts to almost half a million dollars in incremental vehicular damage near to the PokéStops locations, and 31 incremental personal injuries.

“On an even sadder note, our analyses indicate that the county would have experienced two fewer traffic fatalities had Pokémon Go not been introduced,” they added.

Niantic, the makers of the game, have added a notification feature warning players who are travelling in a fast-moving vehicle. It asks, “You’re going too fast! Pokémon Go should not be played while driving.” The gamer must confirm that they’re a passenger in the vehicle before they’re allowed to proceed.