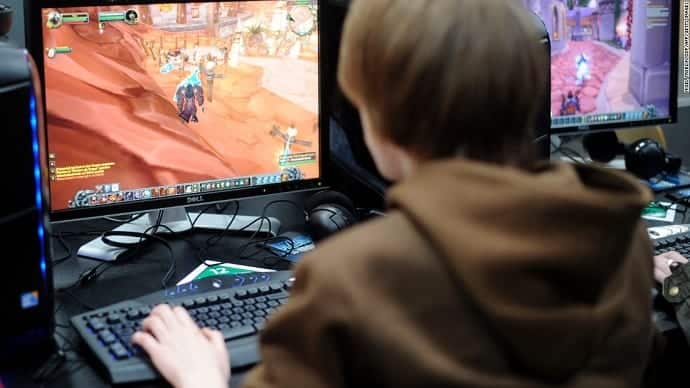 Video Game Addiction Is A Mental Health Disorder, Claims WHO

Are you a video game addict? Then, you are likely suffering from a mental health condition, according to the World Health Organisation (WHO), who has included “gaming disorder” in a beta draft of the 11th International Classification of Diseases (ICD) annual list for the first time ever. It will place addiction to video games (both online and offline games) in the same category as substance abuse and gambling addiction.

While several people who play video games don’t have a disorder, excessive playing can have an adverse effect on one’s mental health, explained Vladimir Poznyak, a member of the WHO’s Department of Mental Health and Substance Abuse.

According to the draft document, WHO classified gaming disorder “as a pattern of persistent or recurrent gaming behaviour so severe that it takes precedence over other life interests.” The WHO claims that the condition involves a “continuation or escalation of gaming despite the occurrence of negative consequences” and results in “significant impairment in personal, family, social, educational, occupational or other important areas of functioning.”

Given below are the three signs that one should look for if he or she is concerned that they may be suffering from video gaming disorder, according to WHO:

“1) impaired control over gaming (e.g., onset, frequency, intensity, duration, termination, context); 2) increasing priority given to gaming to the extent that gaming takes precedence over other life interests and daily activities; and 3) continuation or escalation of gaming despite the occurrence of negative consequences.”

The last version of the ICD which was updated in 1990 is scheduled to be updated later this year with “gaming addiction” set to be included as a disorder. The diagnostic guide contains codes for diseases, signs and symptoms to be used by doctors and researchers across the globe to track and diagnose disease.

The move by WHO to include “gaming disorder” as a mental health condition has ignited international controversy. While some welcomed the decision, some expressed disappointment over the decision.

For instance, Dr Richard Graham, lead technology addiction specialist at the Nightingale Hospital in London, who welcomed the decision said, “It is significant because it creates the opportunity for more specialized services. It puts it on the map as something to take seriously.” Similarly, Iowa State professor Douglas Gentile said, “Gaming disorder can be very harmful and not something people can easily get over on their own, but with the right treatment they can.”

On the other hand, the Entertainment Software Association (ESA), a US association dedicated to the affairs of the video game market expressed displeasure over the move and said classifying gaming addiction as a mental health issue in the ICD is not the correct move and instead “recklessly trivializes real mental health issues.” The ESA in a statement to the press said:

“Just like avid sports fans and consumers of all forms of engaging entertainment, gamers are passionate and dedicated with their time. Having captivated gamers for more than four decades, more than 2 billion people around the world enjoy video games. The World Health Organization knows that common sense and objective research prove video games are not addictive. And, putting that official label on them recklessly trivializes real mental health issues like depression and social anxiety disorder, which deserve treatment and the full attention of the medical community. We strongly encourage the World Health Organization to reverse direction on its proposed action.”

WHO’s Gregory Hartl told CNN that “use of the internet, computers, smartphones and other electronic devices has dramatically increased over recent decades,” and as a consequence, “health problems as a result of excessive use have also been documented.” He also said there is “increasing demand for treatment in different parts of the world.”

The forthcoming ICD in its 11th update is not the final update approved by WHO and wording may be changed based on expert suggestions to the beta draft.