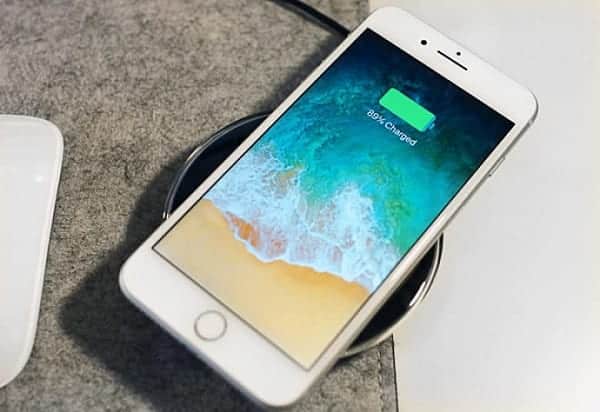 If you’re an iPhone user or planning to become one, this is a great news for you. A patent product with a new technology was filed by Apple which suggests wireless charging of future iPhones from across the room.

According to the officially published notes by US Patent & Trademark Office (USPTO), this new product will be “configured to wireless transmit power over the wireless power transfer link.” It means that this new system may charge multiple devices simultaneously with both wired as well as wireless connections.

This RF-based short range wireless charger would allow users to set up their wireless charging devices in a certain order. This method will link a single power adapter to various electronic devices in its proximity.

Here is an excerpt of the patent filings’ summary:

A system having a power adapter may supply power to electronic devices. Electronic devices with battery could be charged such as smartphones, laptops, tablets, PCs, smartwatches, fitness bands etc. Charging to the electronic devices would occur both using wired as well as wireless medium. The system with an online user account, will create a communication network and would be connected to the charging devices in its proximity. The system will save information from user such as battery state, priority of charging devices, usage history, calendar and few other information. And this system will transfer different amount of power to different devices connected to it using an optimum power transfer strategy.

Patents doesn’t necessarily mean something solid. Hence, nothing further can be suggested. But this definitely tells that Apple is working hard on creating a wireless charging device. Let’s see when Apple confirms this news officially.