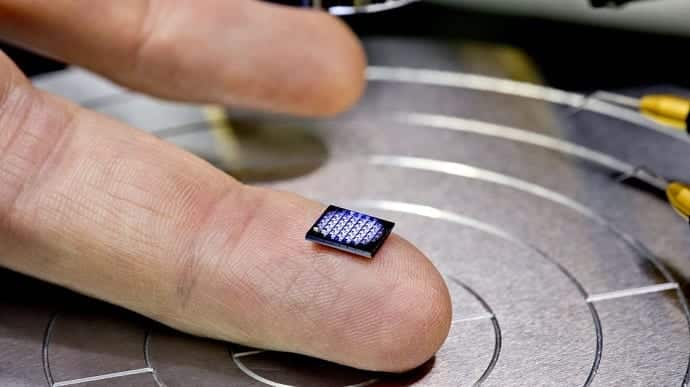 IBM, an American technology company famous for its computers and chips, has unveiled what it claims the world’s smallest computer, in its flagship conference ‘IBM Think 2018’ today. The tiny computer is ‘small enough and cheap enough to be put anywhere—and everywhere’, asserts the company.

Measuring approximately 1x1mm or roughly the size of a grain of salt, the computer has the computing power of an x86 chip from the 1990s, which is quite impressive, considering the size, according to Mashable. The computer is so tiny that one would need the help of a microscope to identify it.

It will also consist of “several hundred thousand transistors” and allow the company to “monitor, analyze, communicate, and even act on data.” It will feature a static RAM, an LED, and photo-detector through which it will communicate and an integrated photovoltaic cell for power, as per Fortune.

The computer even works with blockchain applications making it possible for bitcoin users to use it too. Specifically, it is intended to help track the shipment of goods and detect theft, fraud, and non-compliance. It can also perform basic AI tasks, including sorting the given data.

According to IBM, this is only the beginning. “Within the next five years, cryptographic anchors — such as ink dots or tiny computers smaller than a grain of salt — will be embedded in everyday objects and devices,” said IBM head of research Arvind Krishna. “They’ll be used in tandem with blockchain’s distributed ledger technology to ensure an object’s authenticity from its point of origin to when it reaches the hands of the customer.

While the future of computers definitely sounds interesting, there is still no clarity as to when the computer will be released. Currently, IBM researchers are testing the first prototype.