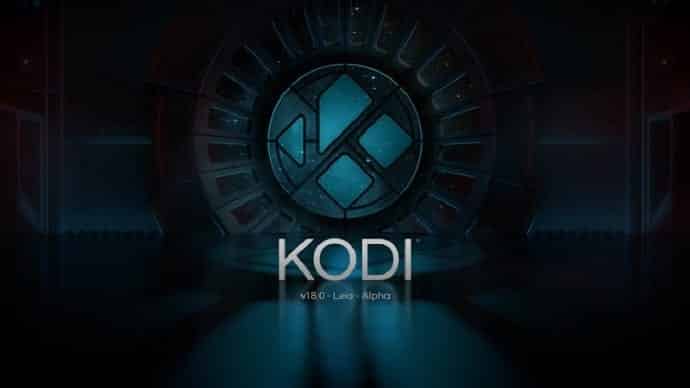 More than a year after its announcement, the Kodi team released the software’s next big update codenamed “Leia” version 18 (v18) in the first alpha phase that includes digital rights management (DRM) support for the first time.

For those unaware, Kodi (formerly Xbox Media Center) is a free and open-source cross-platform software media player and entertainment hub developed by the XBMC (Xbox Media Center) Foundation for digital media for HTPCs (Home theater PCs) and TV audiences, which is totally free. It lets you play videos, music, podcasts and other digital media files from the internet, local storage or a home network.

Kodi v18 will focus on stability and ease of use, with a task that will require rewriting large portions of code that have now become obsolete. Kodi says it hopes the feature will boost legitimate content providers to provide access “in a protected environment”.

“With v18 we added the ability to also play [protected] content as it was actually intended by the DRM system,” the firm writes in a blog post. In other words, this is just an additional feature that is added to the existing functionality of content playback.

“Depending on the used hardware and included license you can now playback this content which usually also comes with a subscription service. Instead of the sometimes clunky apps a possibility would be to just use the trusted Kodi environment to watch what they have to offer.”

Check out some of the new features in Kodi v18 alpha 1 highlighted in the release blog post:

With the work above being done in the video player a possibility came up to also allow something that opens Kodi up for using it in combination with DRM protected content. These days it’s quite common for content owners and providers to protect their content with encryption. With v18 we added the ability to also play this content as it was actually intended by the DRM system. Depending on the used hardware and included license you can now playback this content which usually also comes with a subscription service. Instead of the sometimes clunky apps a possibility would be to just use the trusted Kodi environment to watch what they have to offer. There are already several add-ons available from our repository that already use this capability and we certainly hope more will follow and that content providers will make their service available as official add-on.

The video playback which is of course where Kodi shines. Once designed for the old XBOX and old video standards there wasn’t really taken lot in account with future standards and the massive increasement of video resolution and new codecs. With future in mind work started to redesign this section and to split it from into its own component to not be hindered with whatever happens in the user interface or other parts. Making the sure video gets the highest CPU/GPU priority over anything else happening makes sure you don’t get stuttering video or audio when navigating. This sounds so obvious to do however this wasn’t done or even possible in the past. Parallel to that, parts are reworked to be a lot more efficient and need way less CPU while gaining quality. Higher resolutions like 4K and 8K are also kept in mind next to HDR and new video codecs once they become available.

Next part is the great feature of Kodi to use it as your Live TV and recording front-end. It’s one of the less well known features as it requires certain knowledge and thinkering to set this up however once it works you’ll love it. To be able to use this you’ll need some extra hardware like a USB tuner or a network tuner like HDHomerun to get the cable or ether signal converted to a video stream. This in combination with one of the PVR server software options like VNSI or TVHeadend (more options are available) you instantly gain a very pleasant TV experience. What has been done over time is improving the usability and stability of this component and trying to make it a great replacement for your normal cable/ether set top box.

Music section also gained lots of improvement for those who cares a lot about having a clean music library. Going through the code and scanning options a better understanding was gained on the past intentions and redone in a more structured way. The same accounts in a smaller part for video library although that was in a better maintained state. What is new however in v18 is that similar to music we can now also use the embedded tags and fill the library based on that instead of using file names. For now this has been disabled by default as there’s simply a lack of really well defined standard and proper easy to use video tagging software. We hope with Kodi now gaining this ability a gained interest will make these available.

For Windows specific several big things happened. First of all we got added as 32-bit Bridge application to Windows store which makes it easier for new users to install Kodi and receive updates. A simultaneous action was converting Kodi to a full 64-bit application which took quite some effort. Now that was out of the way a long lived dream of quite a few became an option again. Getting Kodi running back on a XBOX like where it all started more than 15 years ago. Since 27 December 2017 we released Kodi once again for the XBOX (One) and is available from the Store.

Besides the above improvements, the open source developers’ team of more than 35 members brought about the following changes too:

It is not clear when Kodi v18 will come out of the Alpha phase and be ready to be launched as an official, stable release. You can check the full changelog here and install the alpha version from the official download page here. However, as word of caution, note that since the alpha version is a little less stable than the standard version, it would be advisable to wait for the official release.