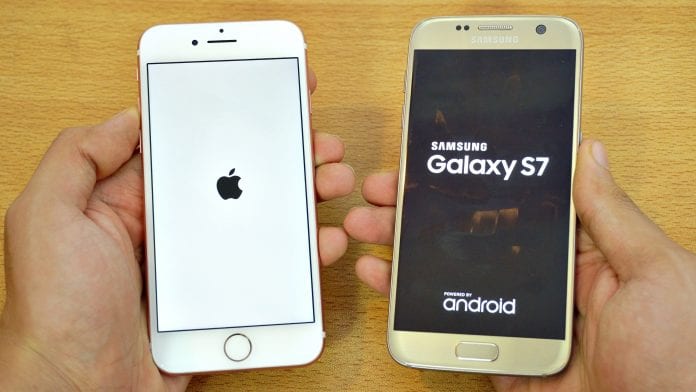 While Samsung’s newly announced flagship device, the Galaxy S9 has been ranked above the iPhone X for its display, but when it comes to speed test it falls behind the iPhone X.

In a benchmark testing of the Samsung Galaxy S9 equipped with an Exynos 9810 chip, the iPhone X and iPhone 7, conducted by AnandTech, showed that the S9 processor is slower compared to both the Apple-designed A10 and A11 processors. In fact, the iPhone 7 (A10), which is about two years old, was also found beating the Galaxy S9+ in some of the Geekbench benchmarks.

While speed test aren’t really the most scientific way to assess the performance of a device, it does provide an insight on how fast the devices would work in real-life situations.

Speaking to AnandTech, a Samsung spokesman revealed that the shipped demo units were running a special firmware for Mobile World Congress, and that they may not be optimized. However, the company has plans to “tune down” the performance of the Galaxy S9 Exynos 9810 chip so that it can match the Snapdragon 845 processor.

While the outcome of the test does looks disappointing, we will have to wait for the official Galaxy S9 devices to hit the market to give the final verdict.